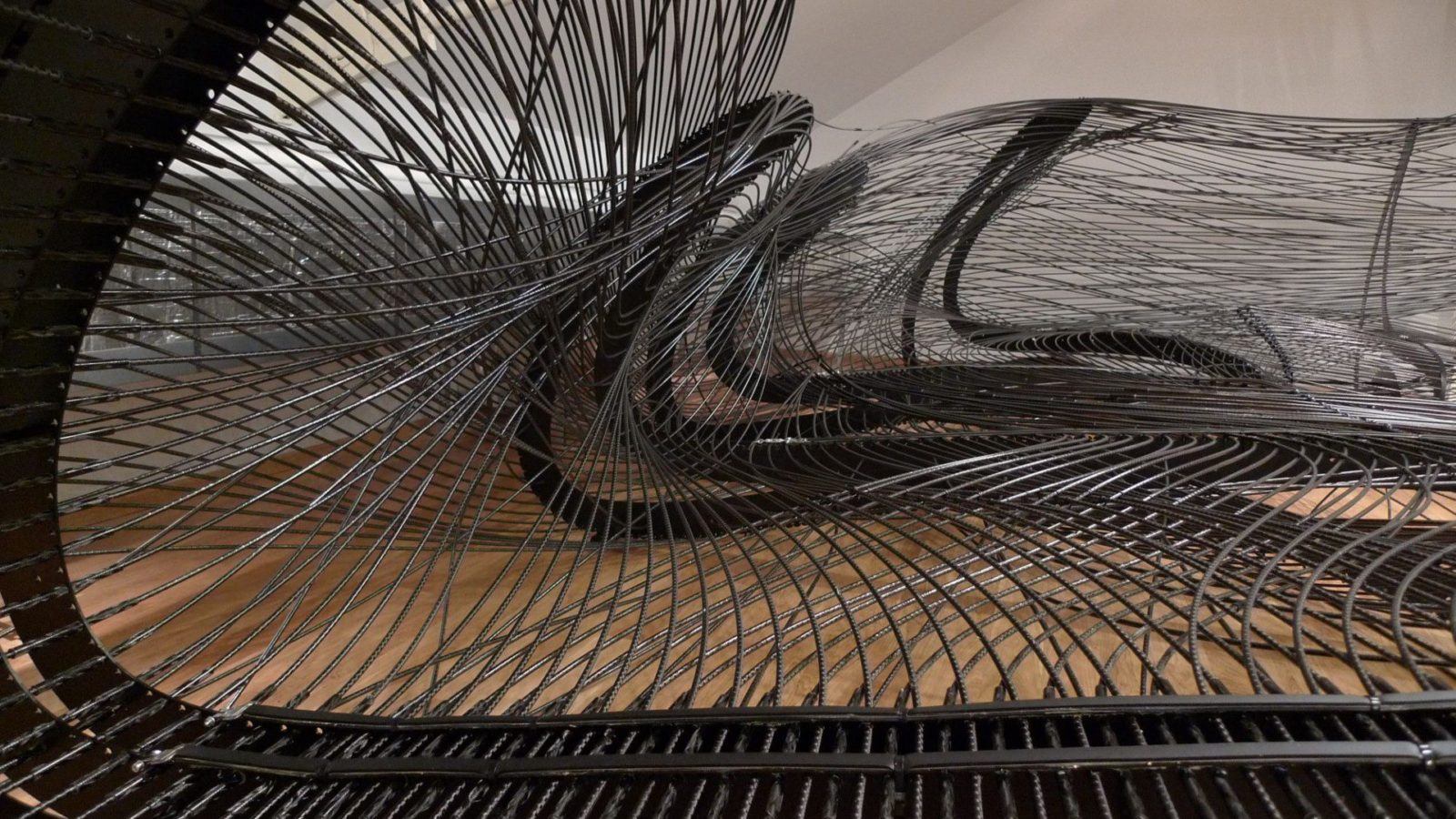 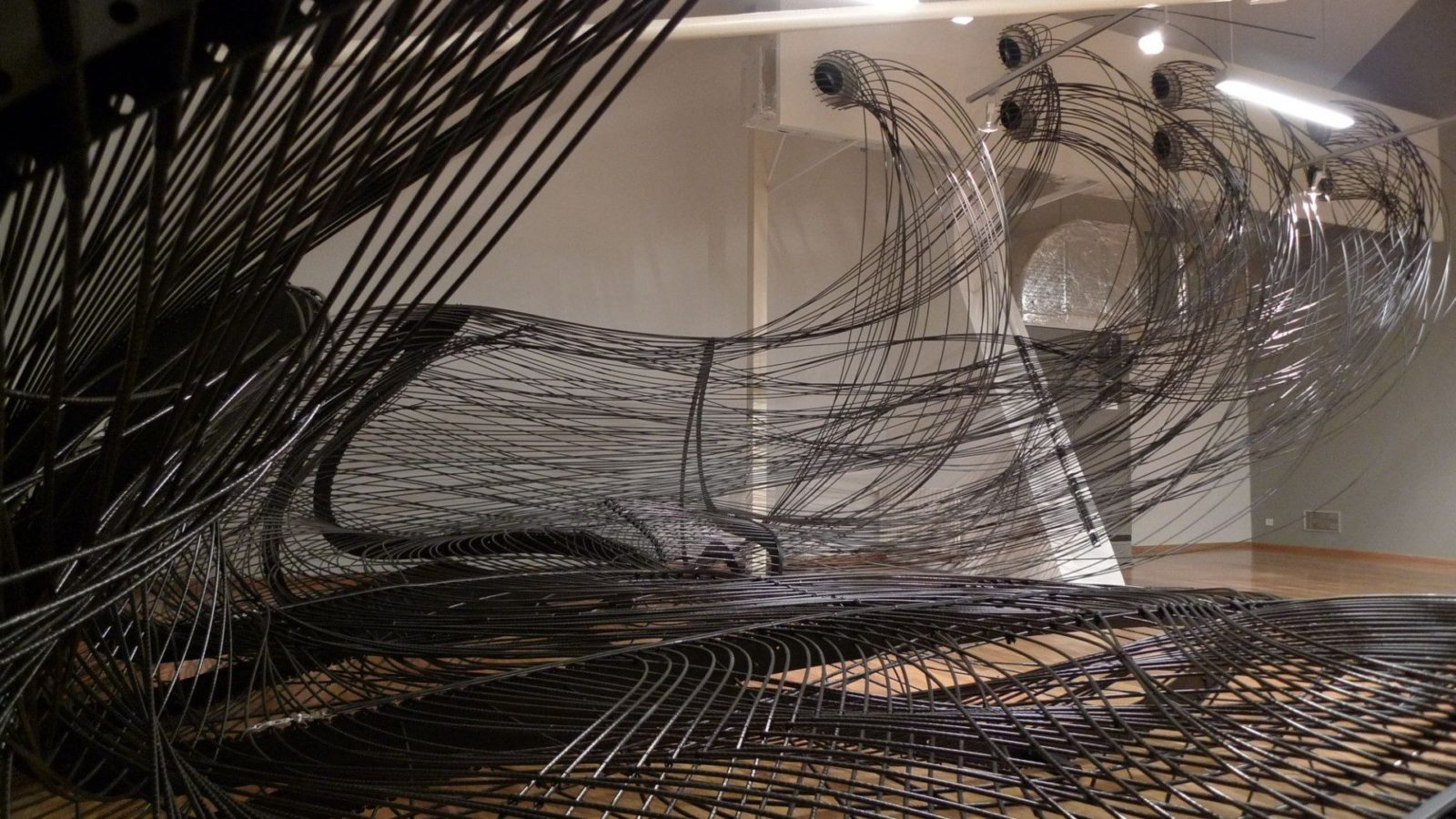 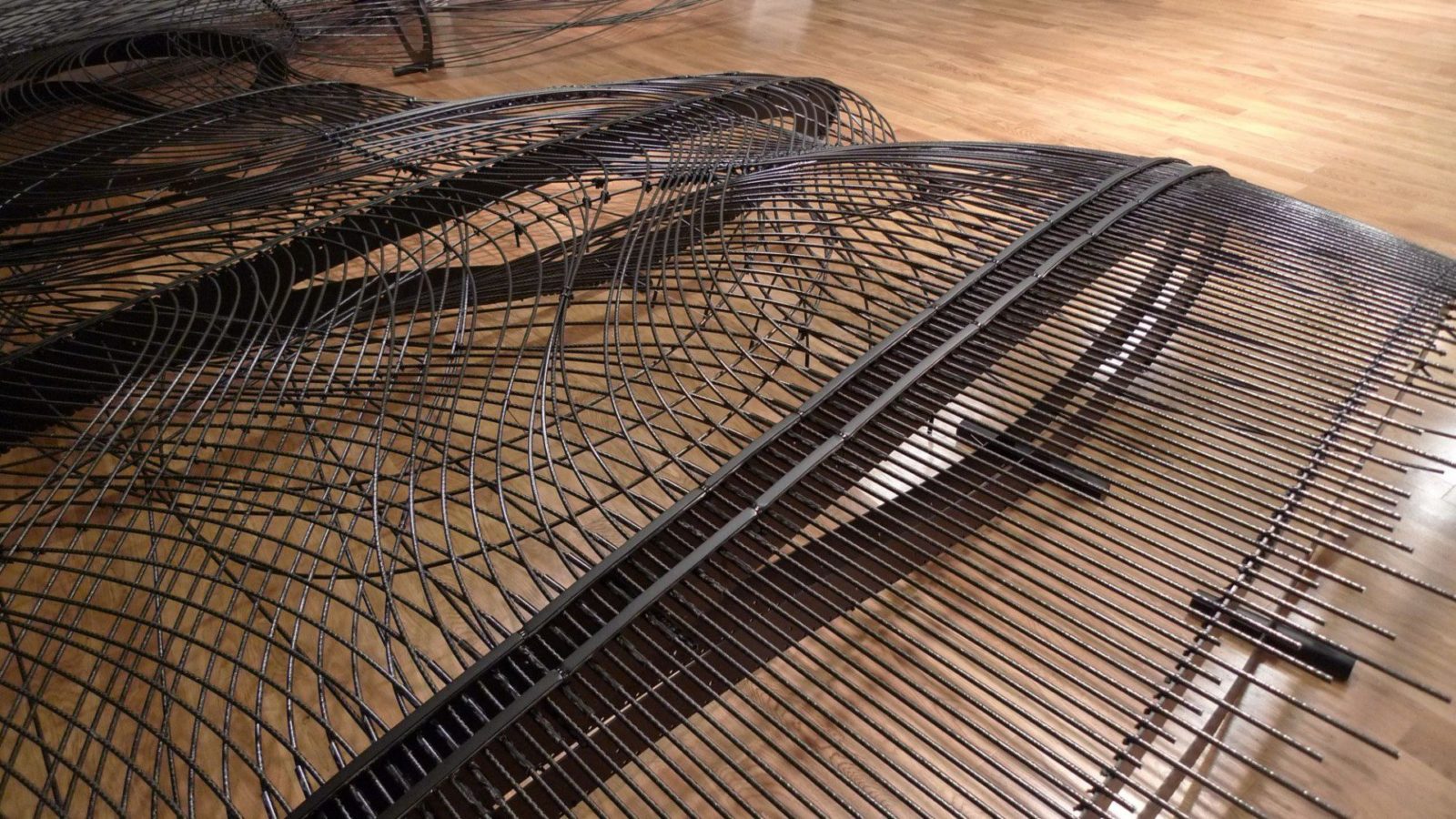 Air is a site-specific installation created for the actual space in the gallery of Jan Světlík’s collection. The object composed of carbon fibres is as in the case of most Díaz’s works, formally predetermined by general physical laws while its final form is a visualisation of one of many possible measurable circumstances of the given environment. In this case, it concerns the simulation of airflow in the given space. The work of art thus provokes questions about the autonomy of the artwork against its environment – instead of being an independent sculpture it becomes a materialised analysis of the space that completes, redintegrates and redefines its original effect.