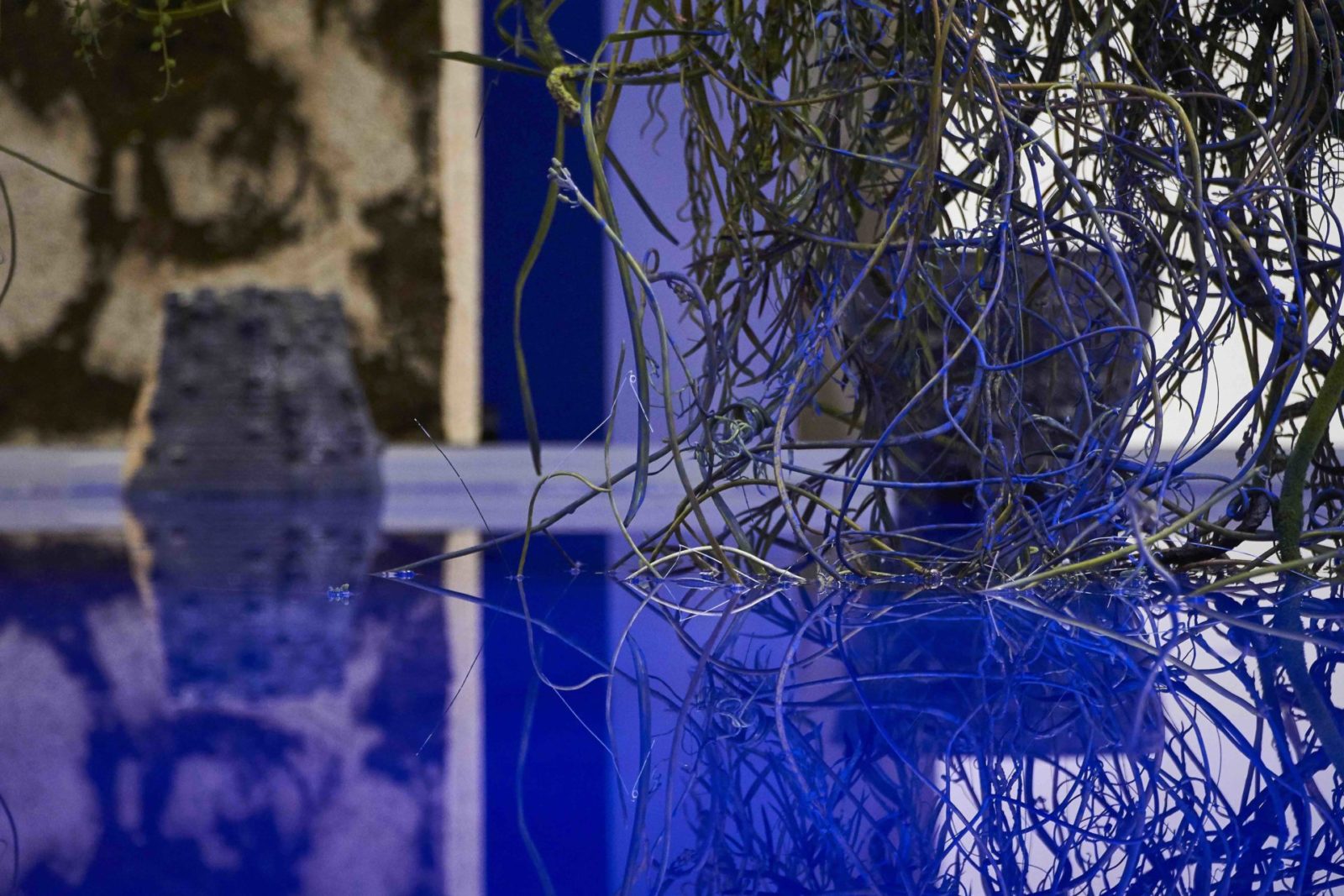 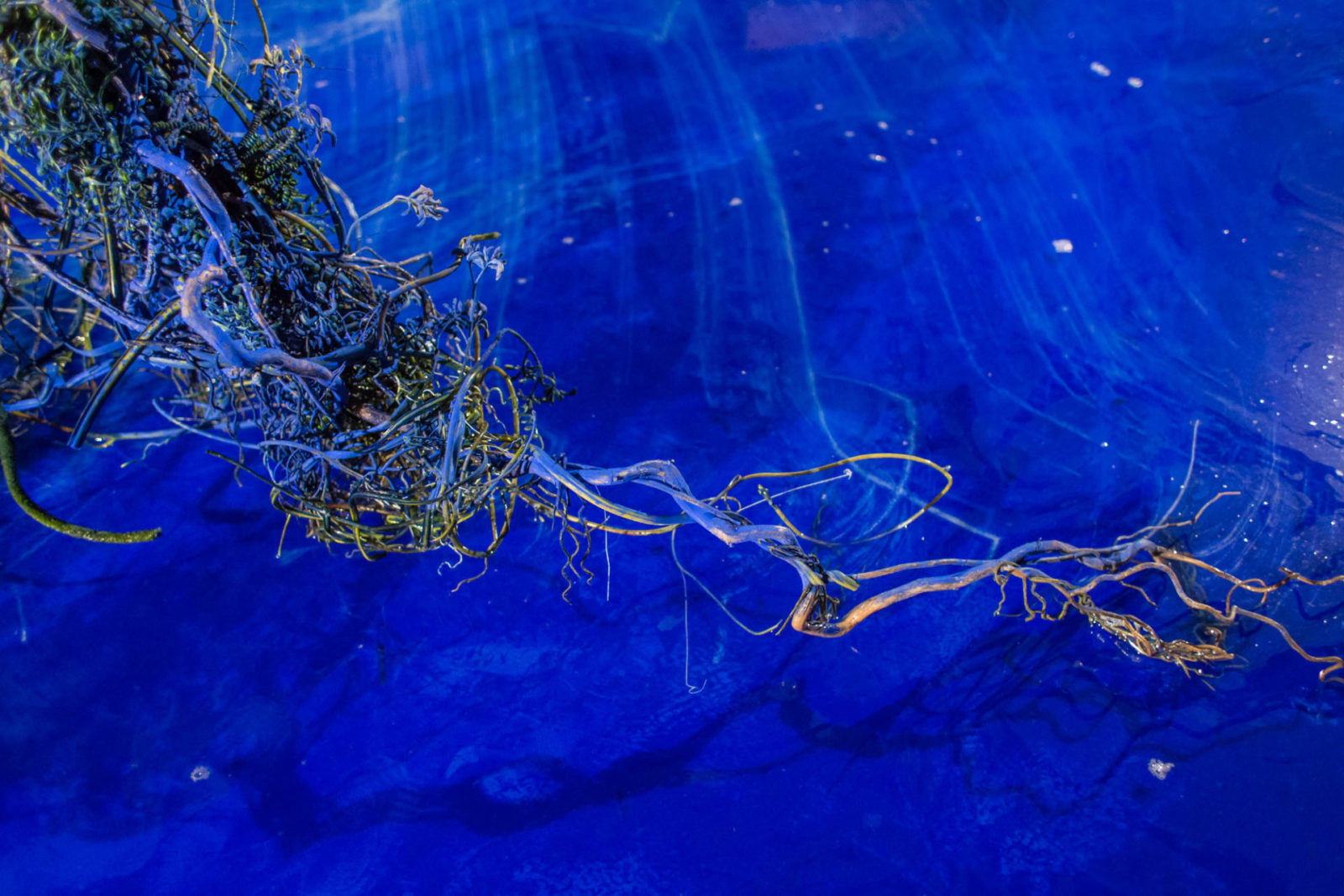 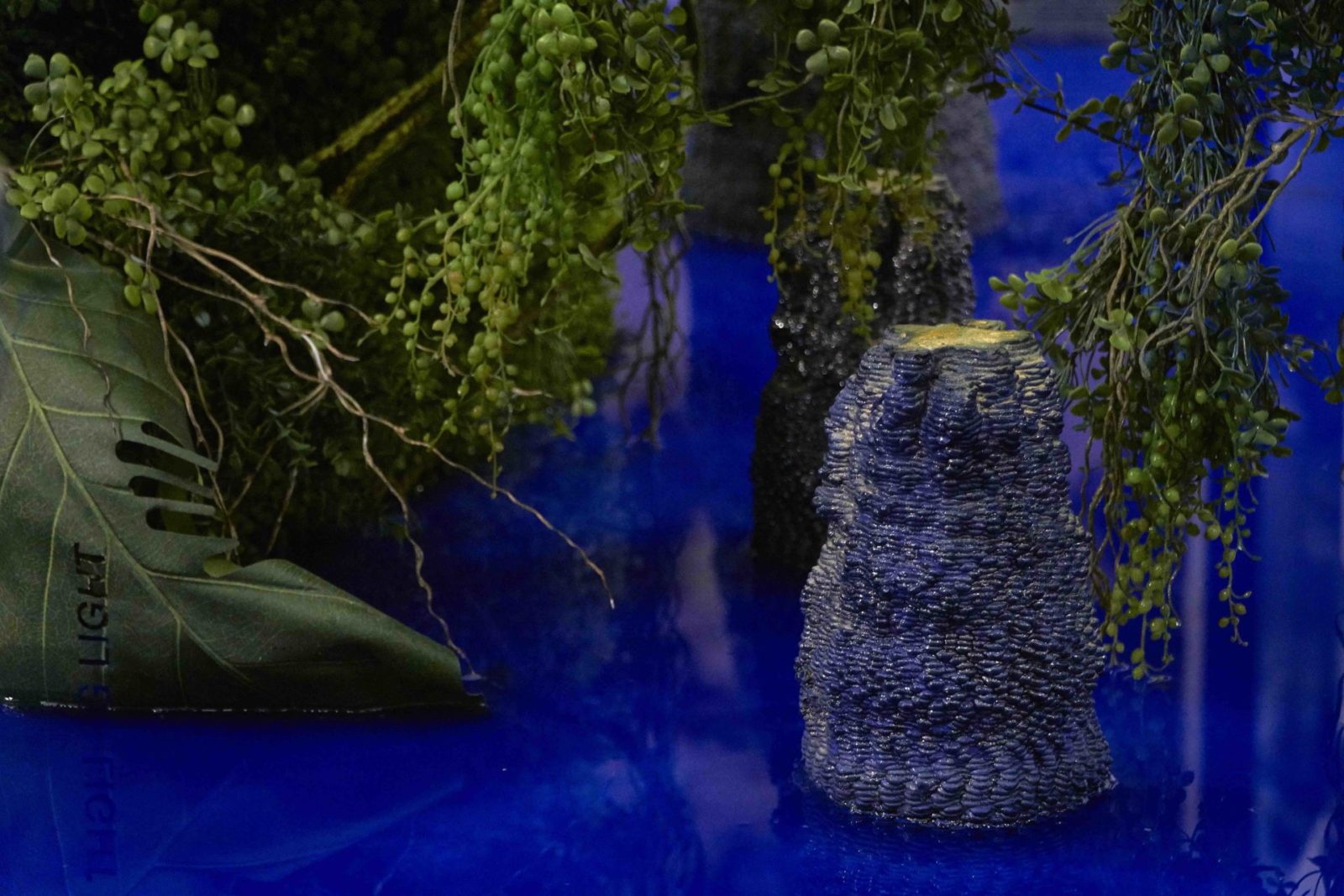 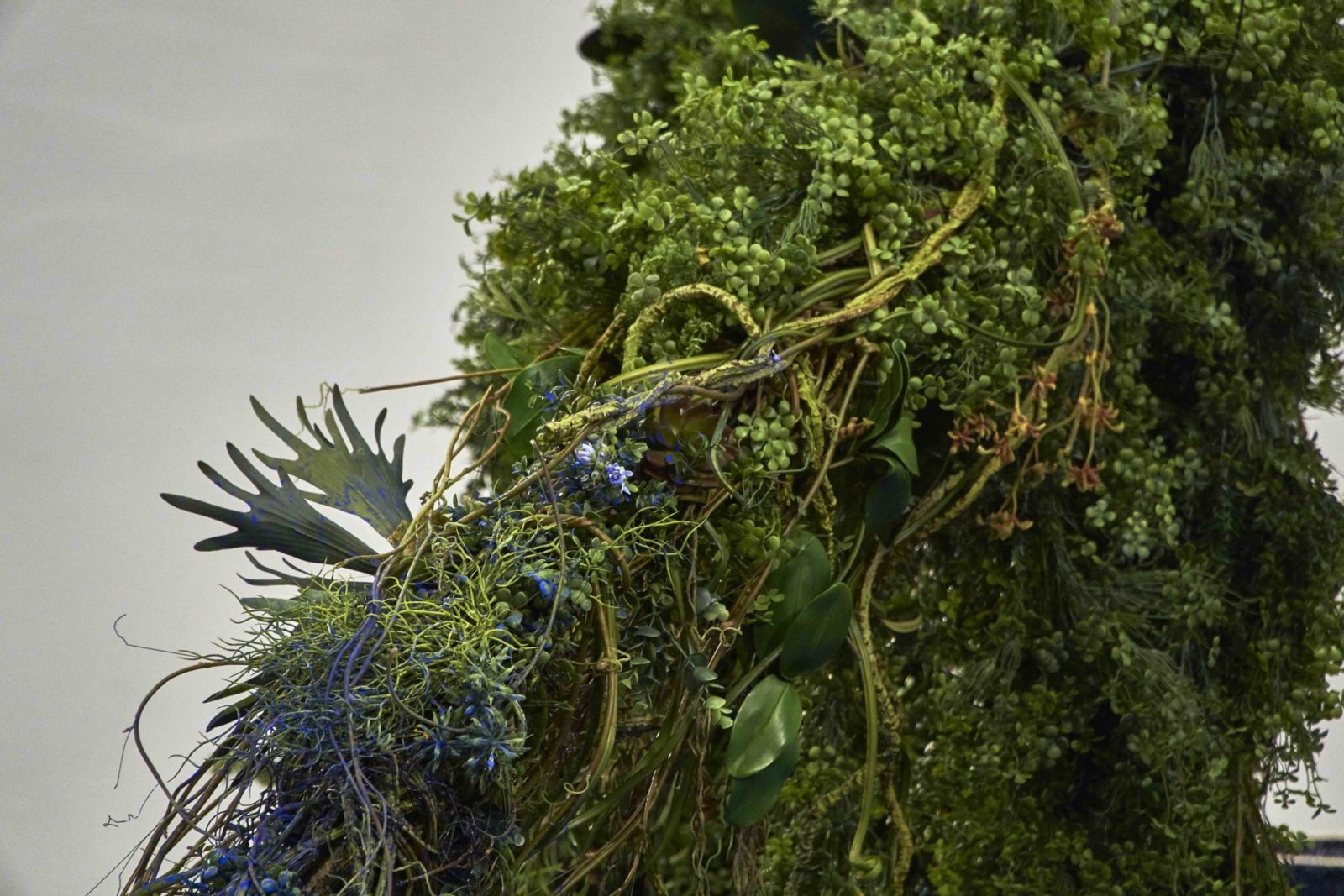 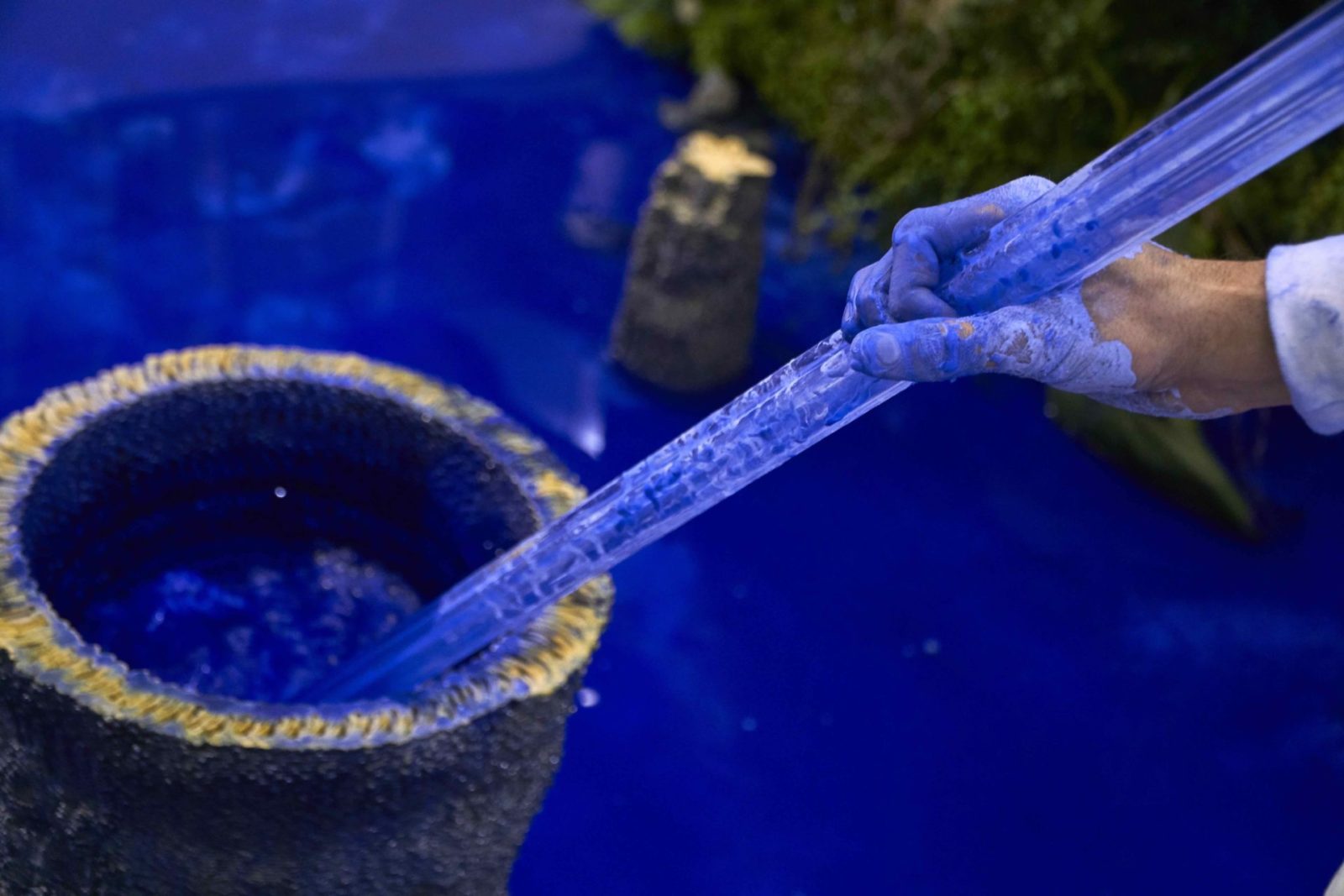 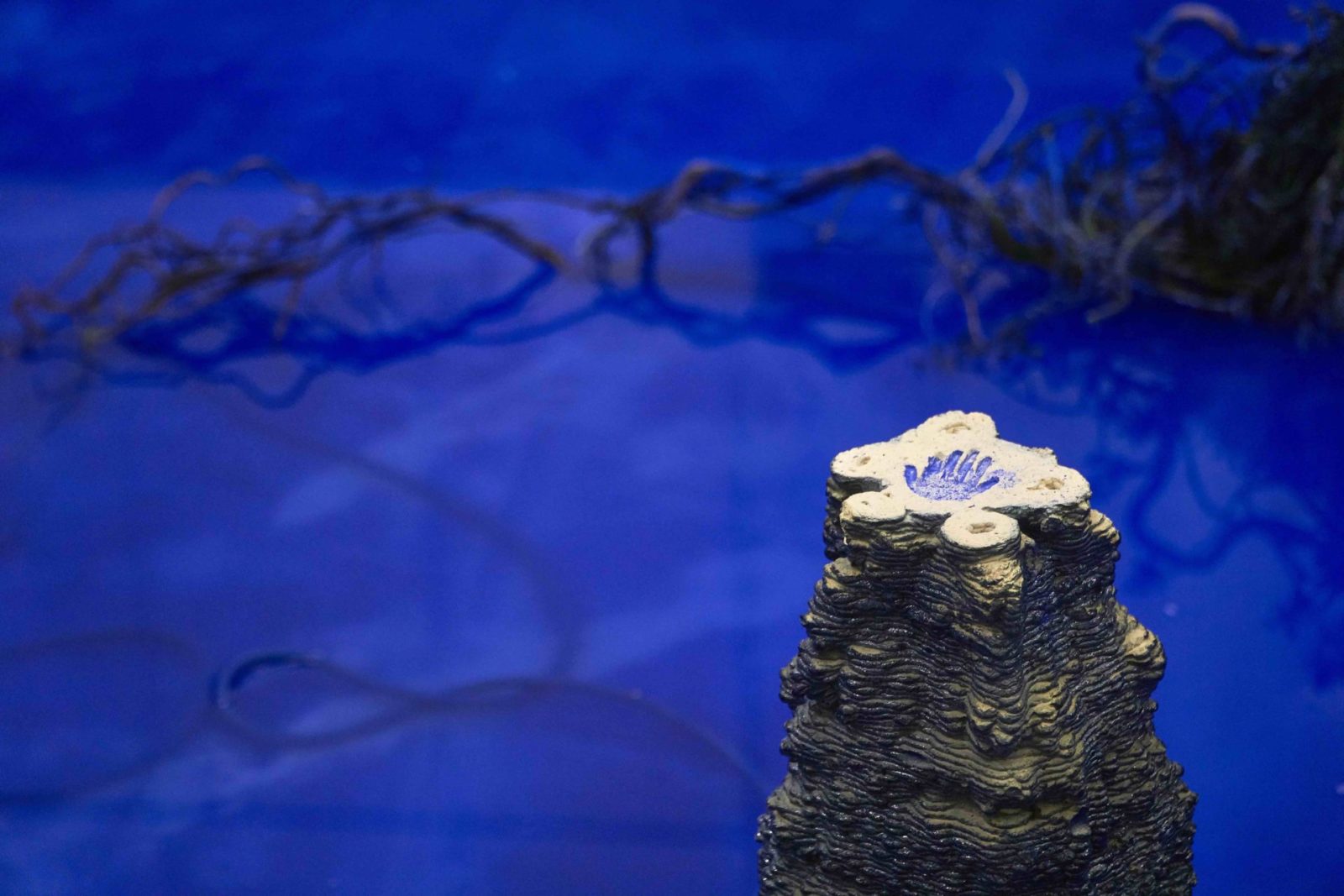 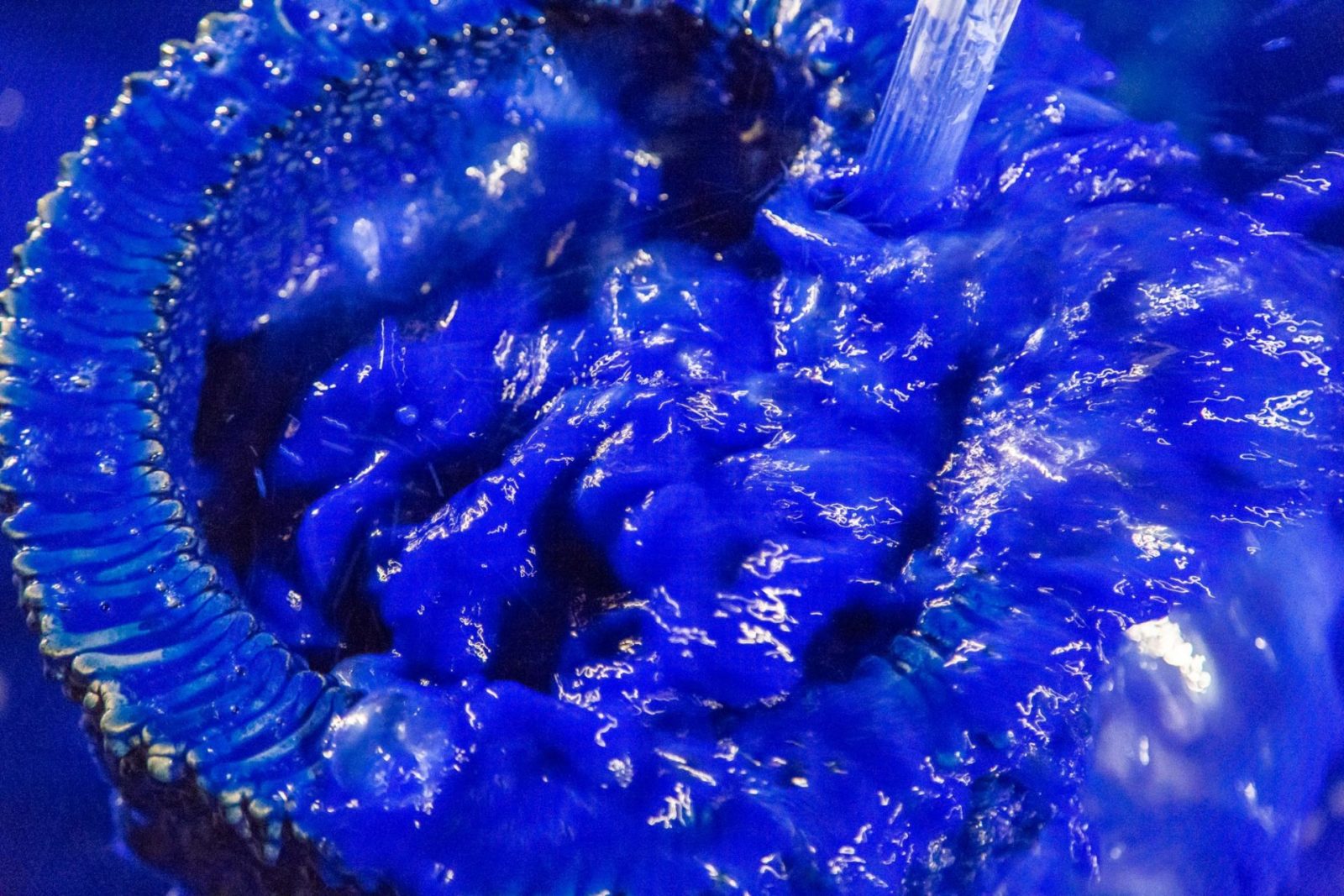 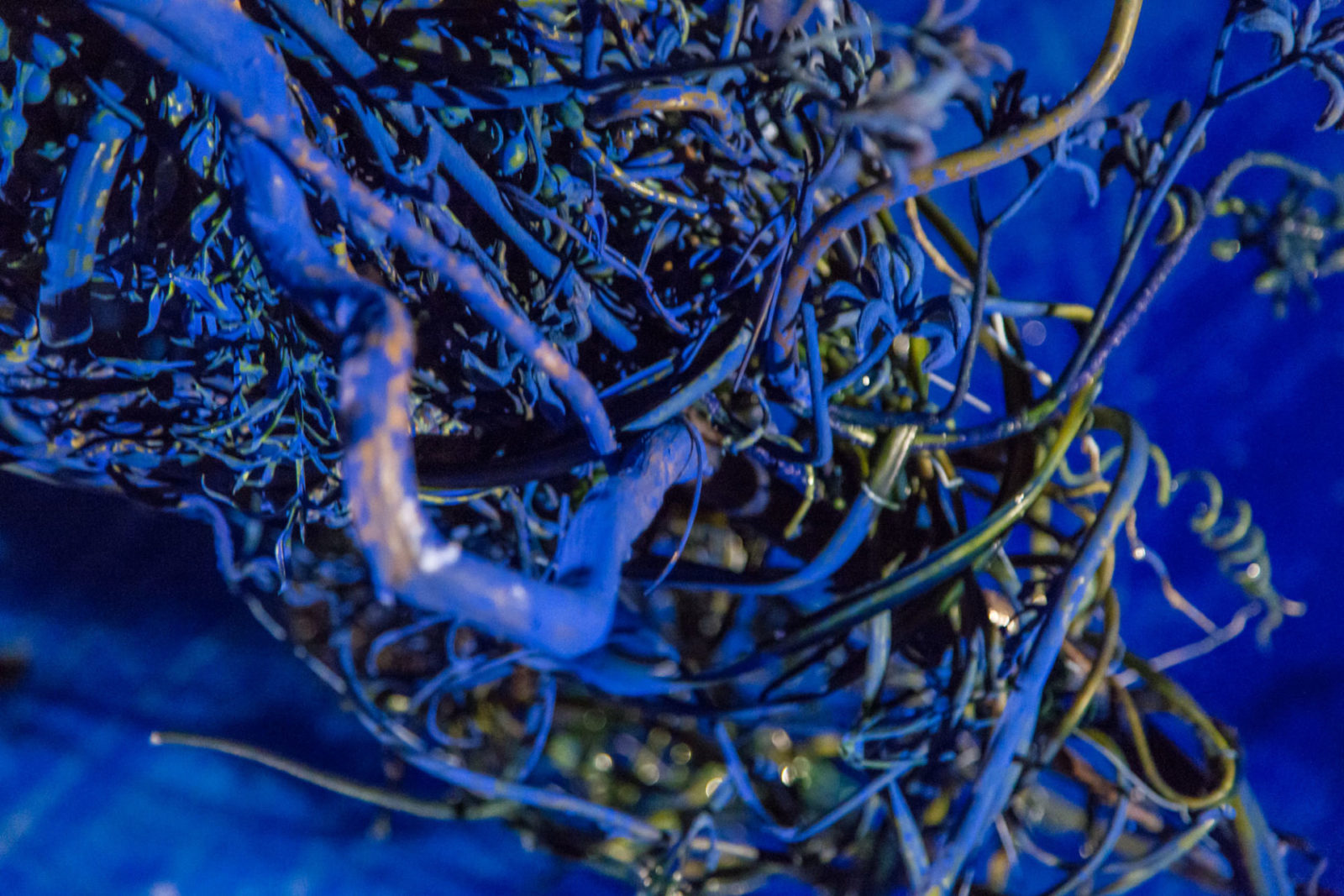 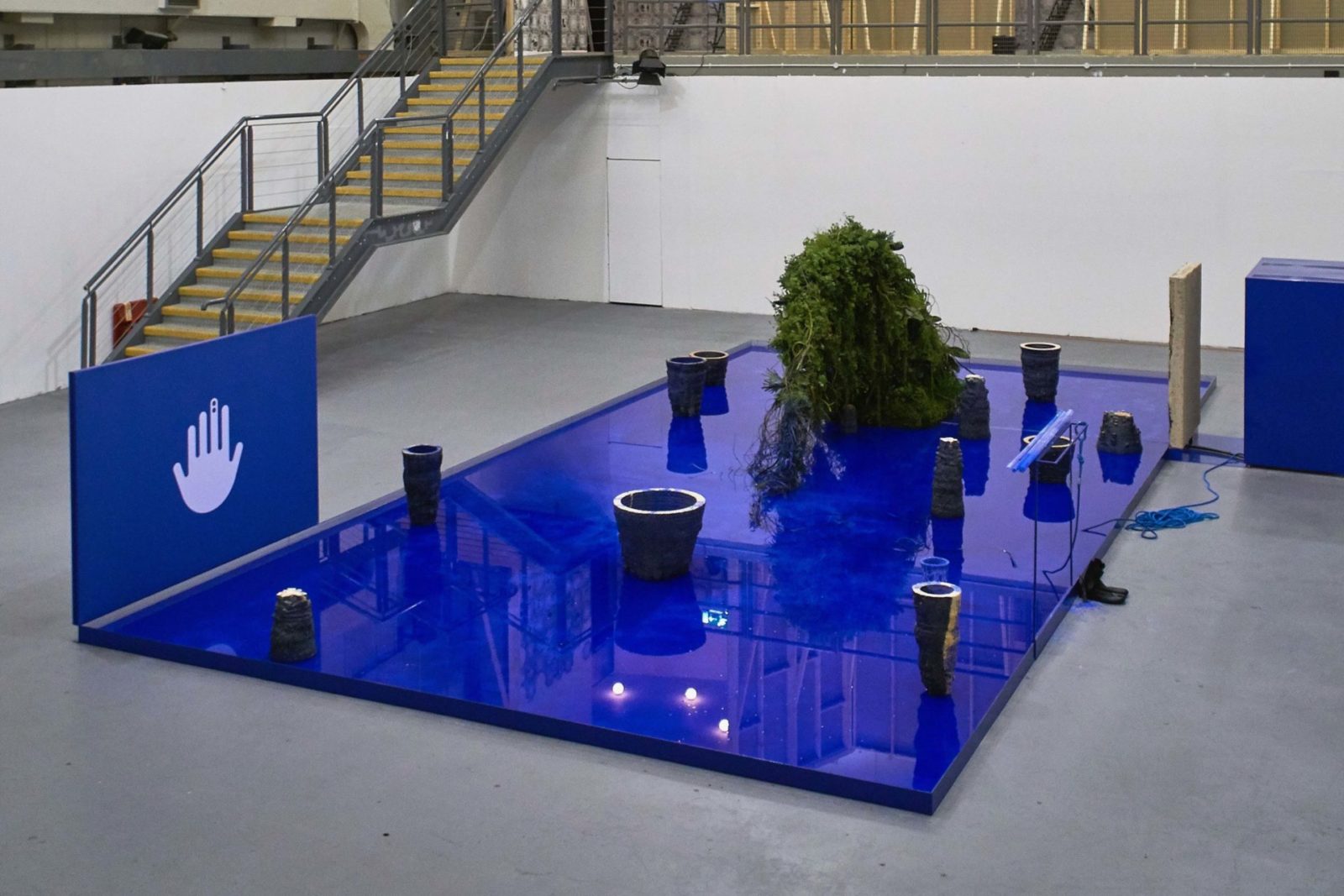 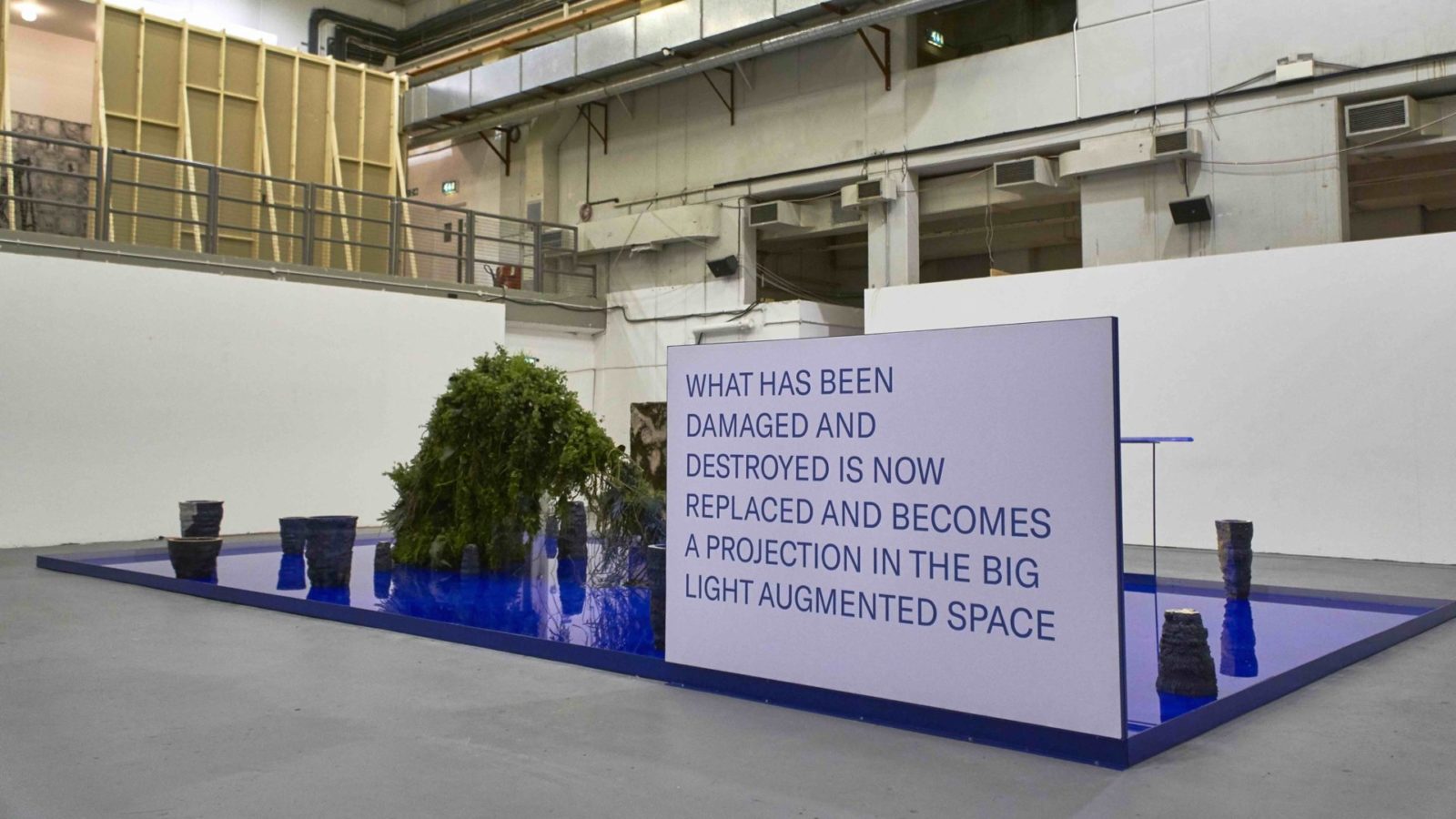 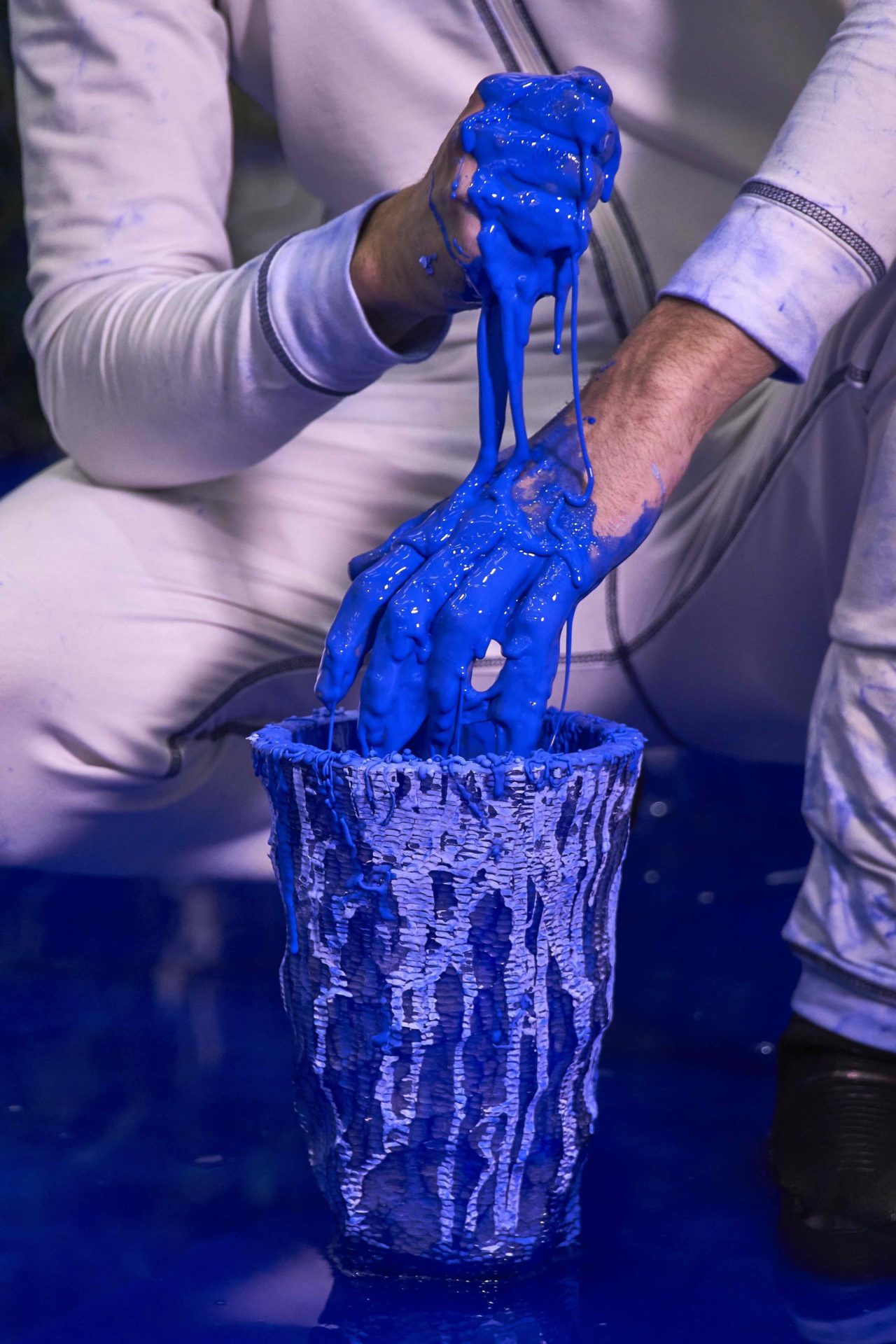 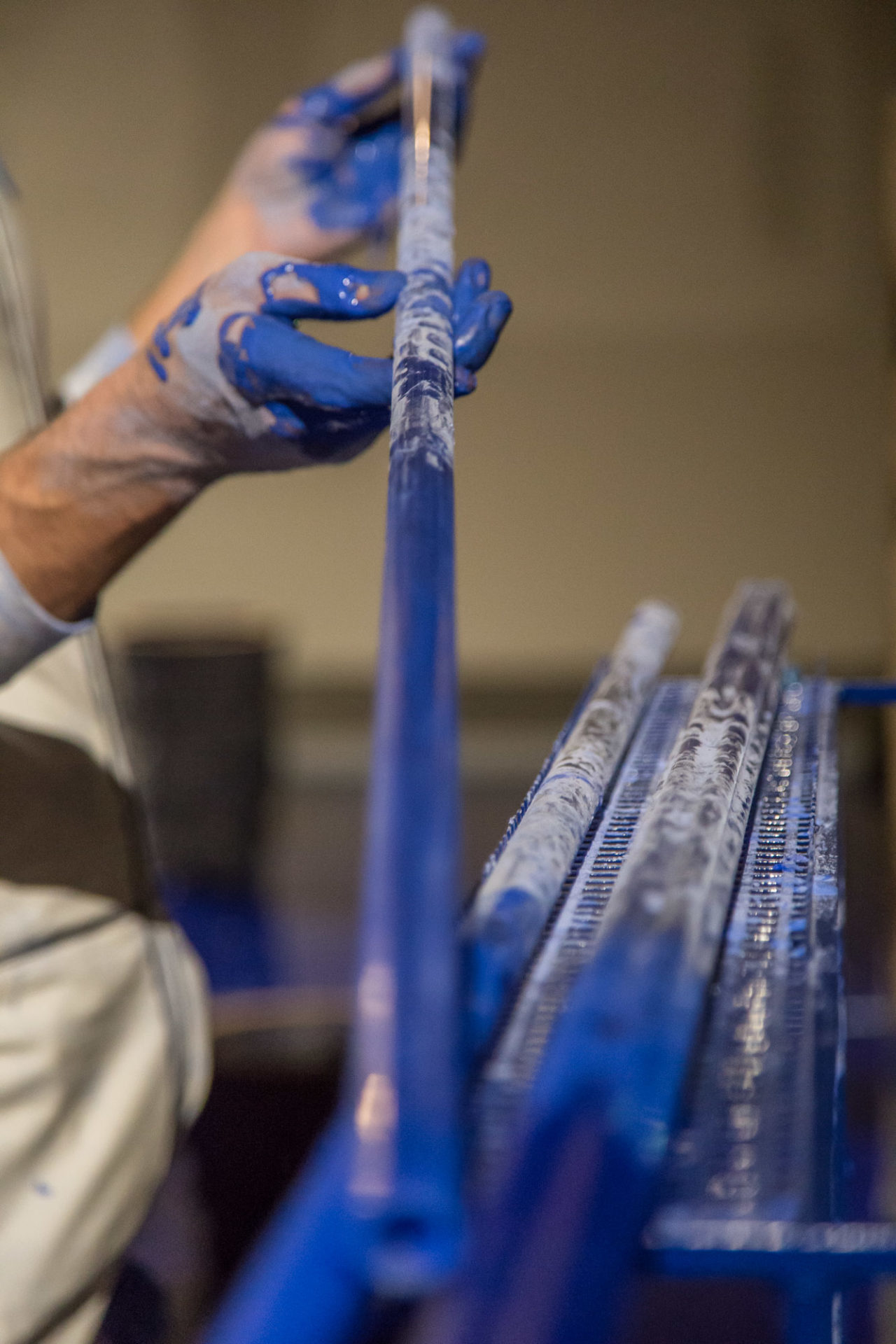 Christ walked over the water. We left the surface of Earth and crowds standing in front of a blue screen are rejoicing. Trickery, fiction and suggestions are playing a key role in the history of human cognition and knowledge. It took us thousands of years to understand that a simple colour could be also a form of education and manipulation. Google, Facebook, prehistoric forms and the first conscious augmentation. Support of growth and control in blue consciousness.

Space of Augmented Suggestion takes the form of a trade fair booth, allowing the audience to have a sneak peek at something so present and yet distant at the same time, that only a fracture of its complexity is actually visible. The rest is open to faith, to augmented vision which human beings have yet to discover.

The BIG LIGHT initiative is focusing on a thorough examination of the relationship between the man and the machine with independent artificial intelligence, emerging from rational thinking, merged with a high level of spiritual beliefs and founded on the undivided appreciation of humanity. Not just of the human mind, but also its physical basis and more importantly the abstract idea of the soul. Like the seers of the ancient times, shamans of a long lost tribes or astrologers hundreds of years ago who believed in the power of the distant starts, BIG LIGHT opens up to the powers that are similarly unreachable, but at the same time omnipresent on our own “Spaceship Earth”.

Recent scientific discoveries show us that every living organism is an enormously complex library of its own, communicating in a network structure with every other organism around it and further away from it, storing and cataloguing every moment, every event, every single seemingly insignificant motion in time and space. Utilising this potential of our environment, BIG LIGHT developed a new way of working with information – how to ecologically store it, distribute it, operate it and live through it.