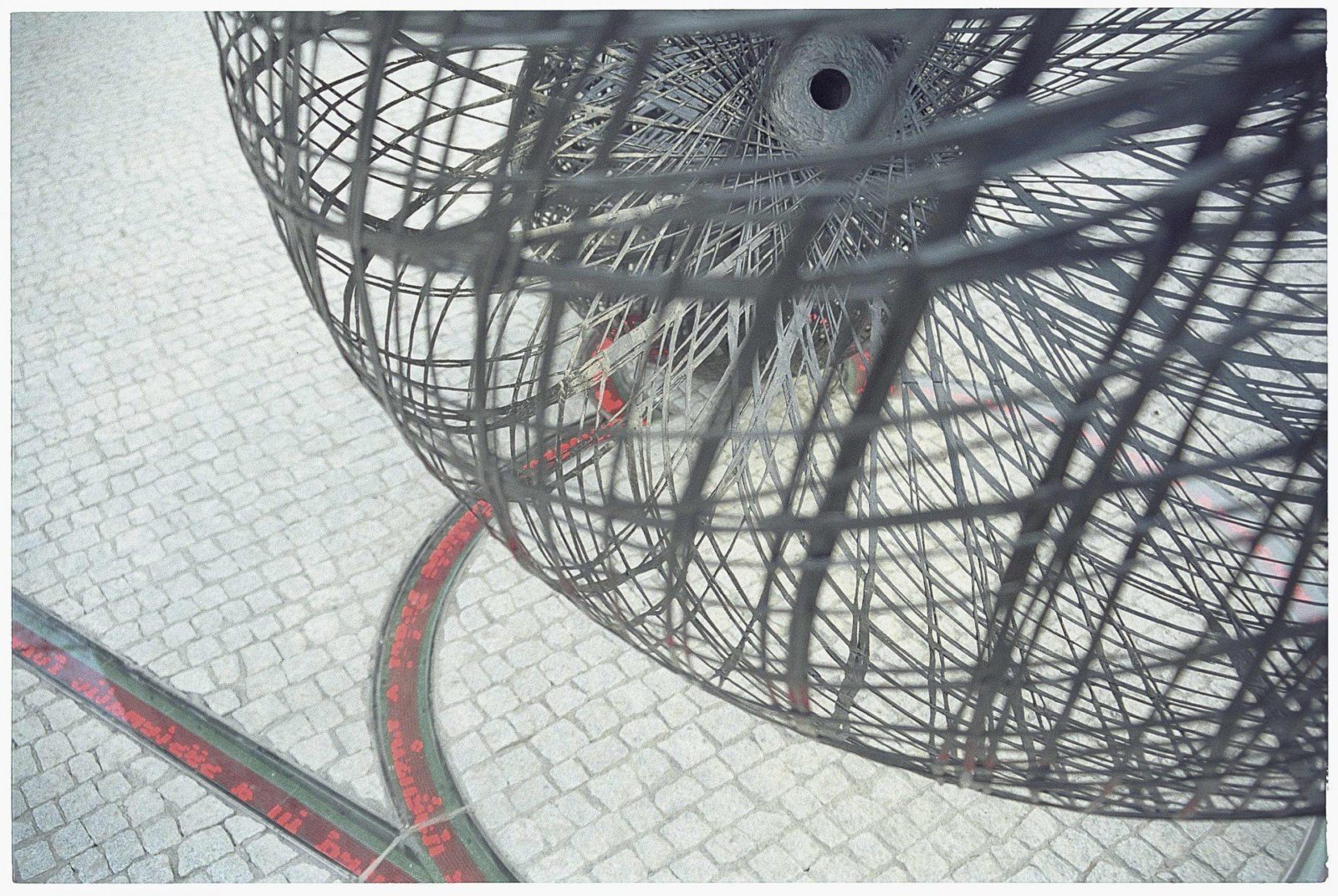 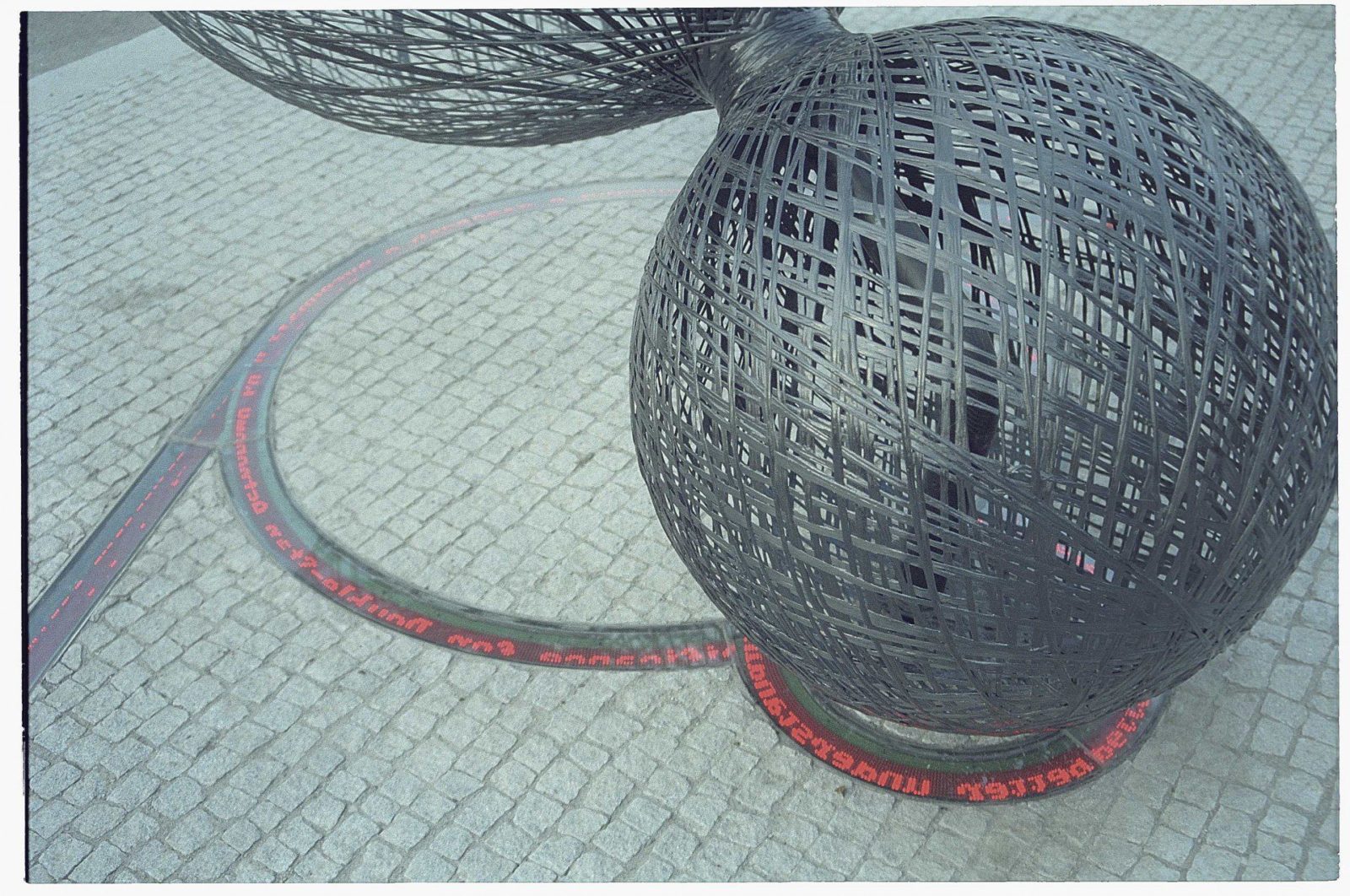 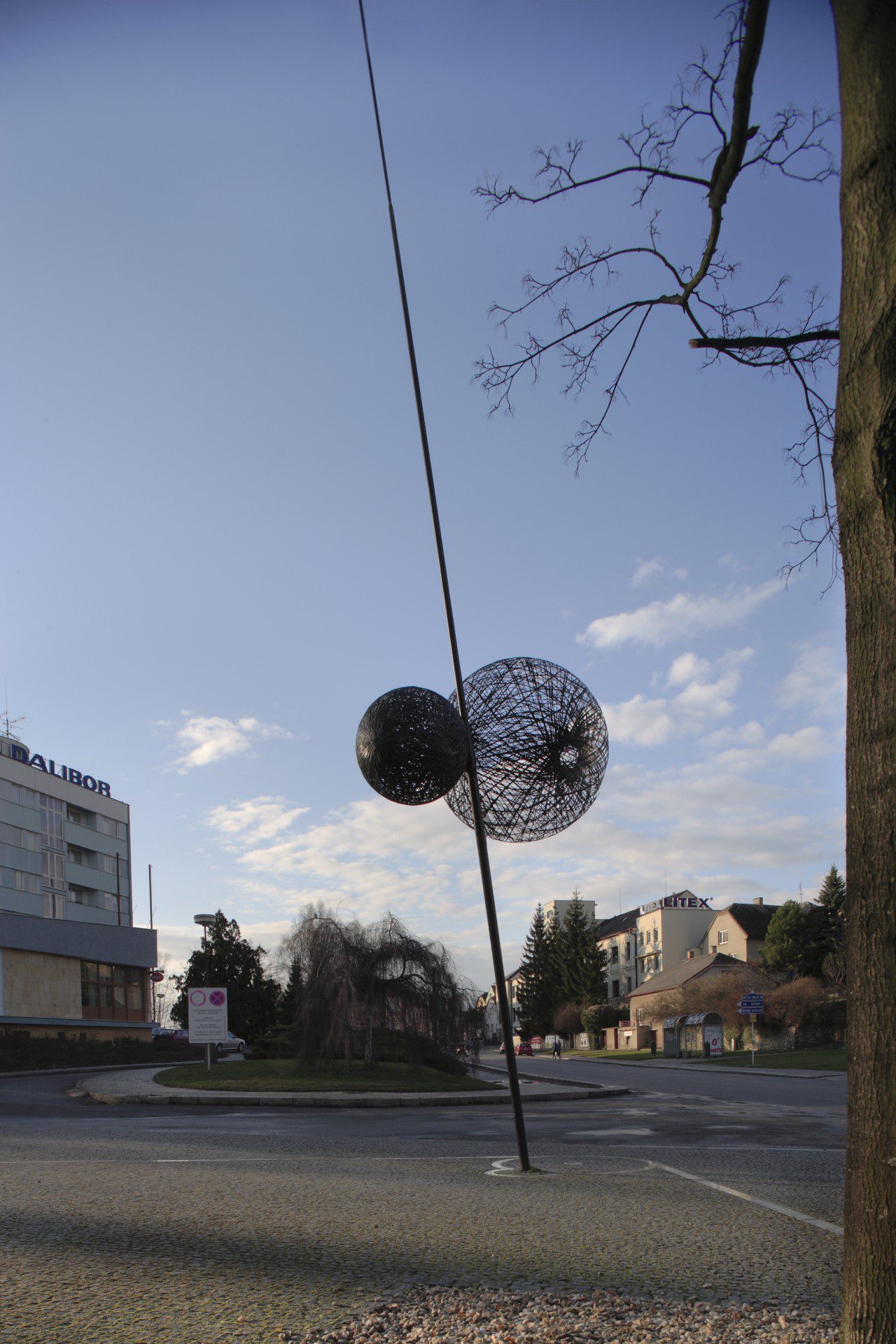 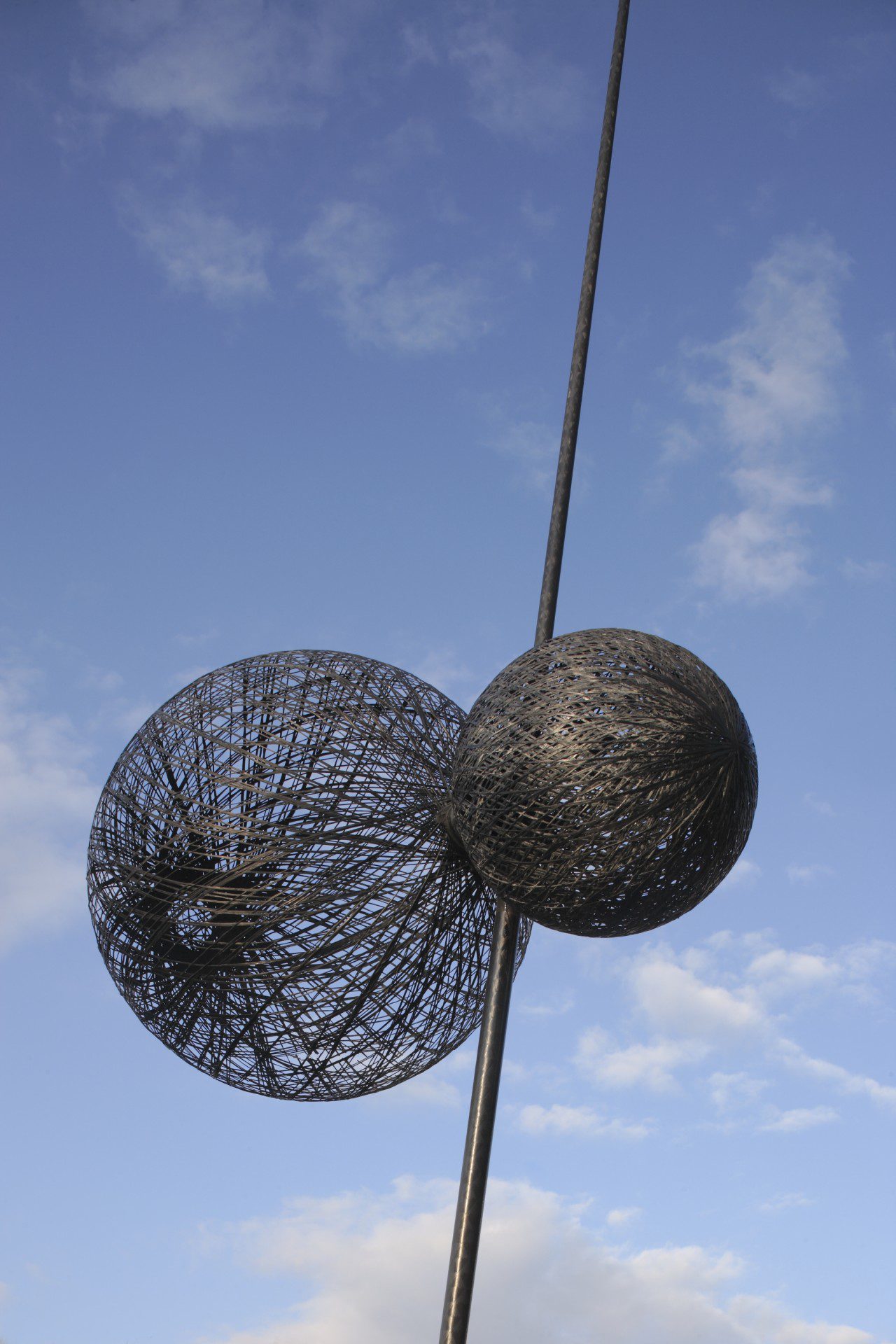 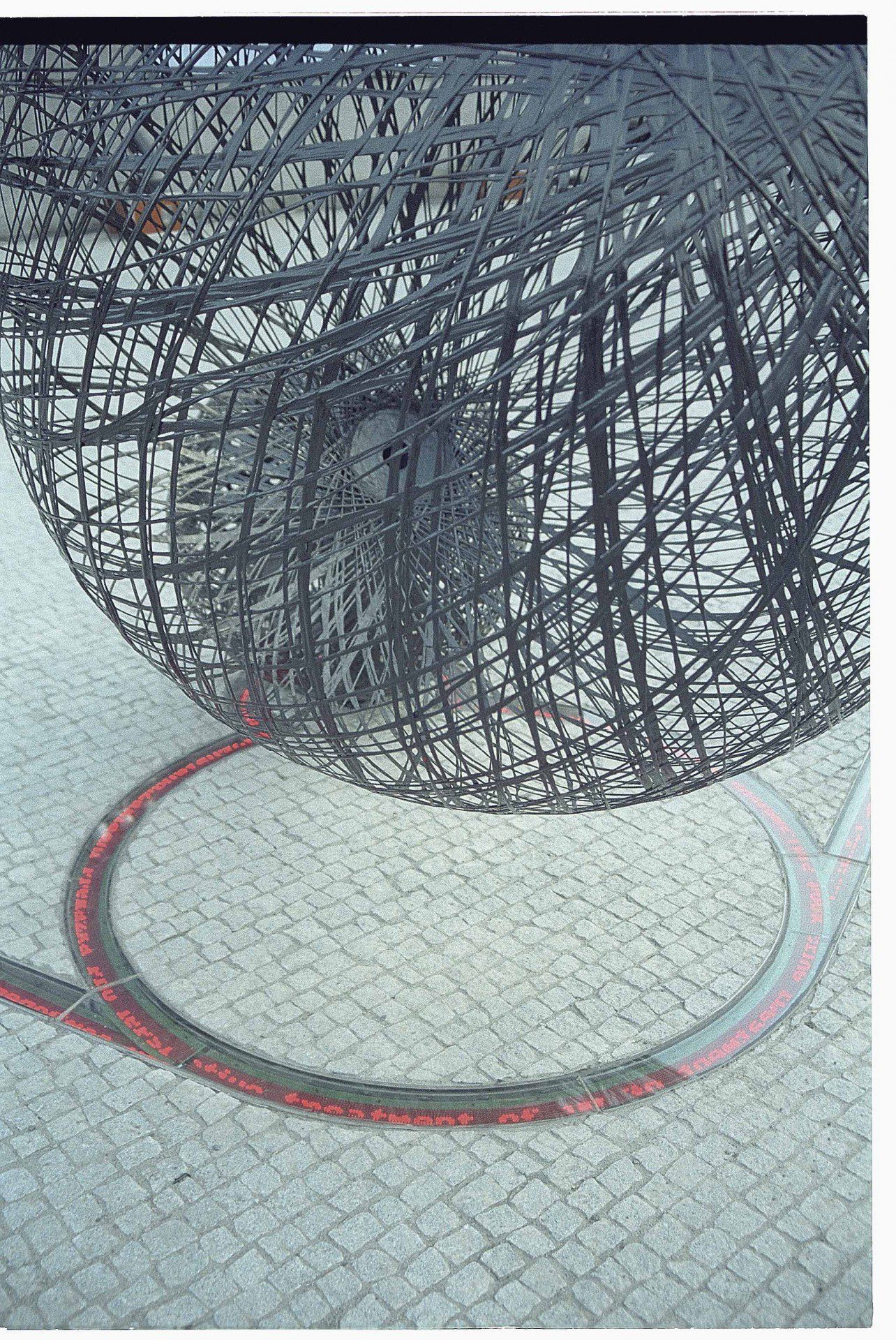 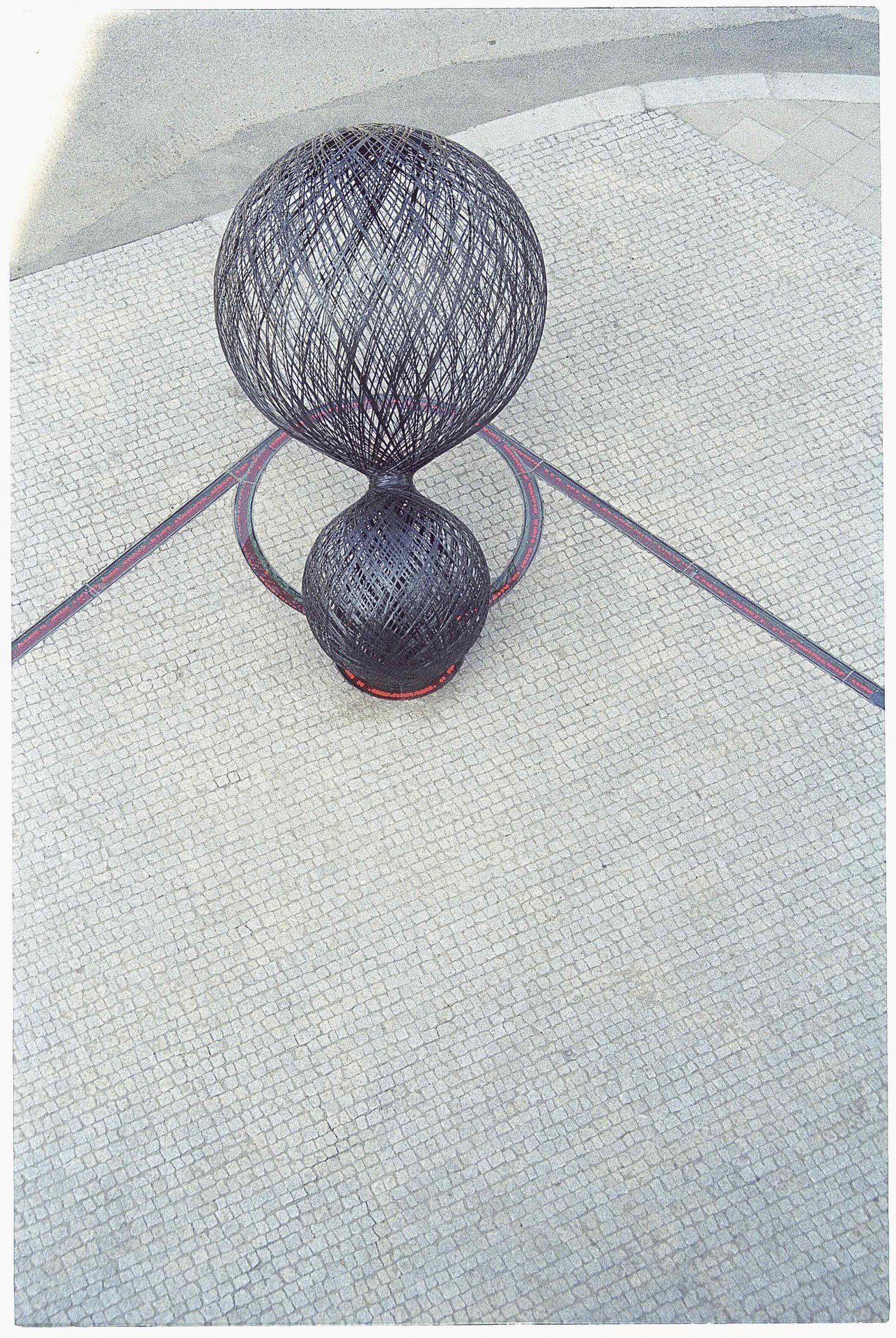 One of the few Díaz’s contacts with classical sculptural medium of the monument. His Binary Star in Litomyšl reminds us of a significant Czech astronomer Zdeněk Kopal (1914 – 1993). Díaz used the model of binary star, so-called Roche lobes of which theory Kopal was engaged in, as a basic theme. The monument is located on the plan view of the demolished Kopal’s birthplace. The plan view is delimited with a strip of LED and text field which reminds us of data concerning the astronomer’s life and selected parts of his research. The technological solution of the sculpture is also its specifics. It uses the processes of production of carbon casings for space shuttle motors. The spatial solution also refers to Kopal’s co-operation with NASA on preparing the surface of the Moon for Apollo landing.