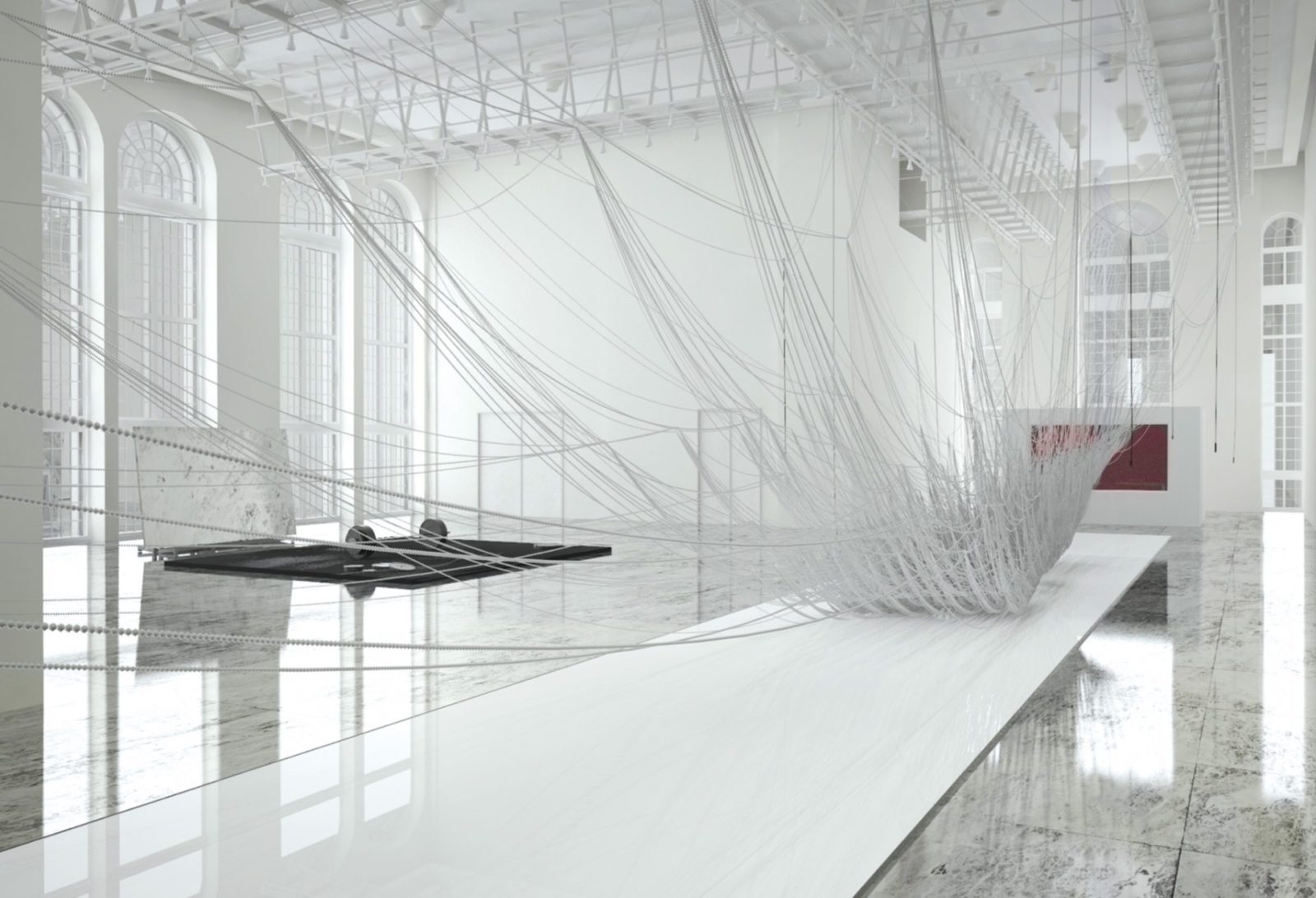 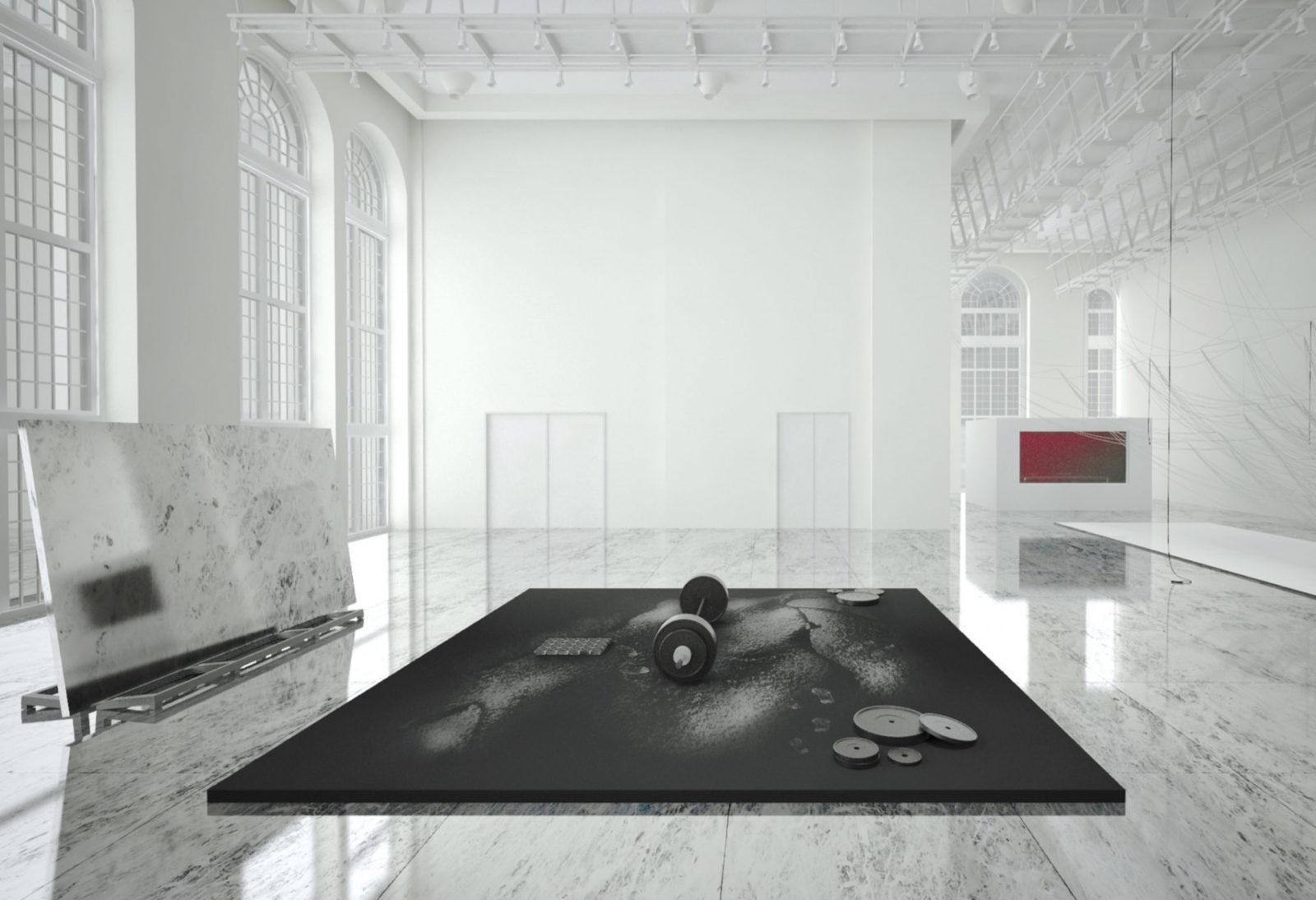 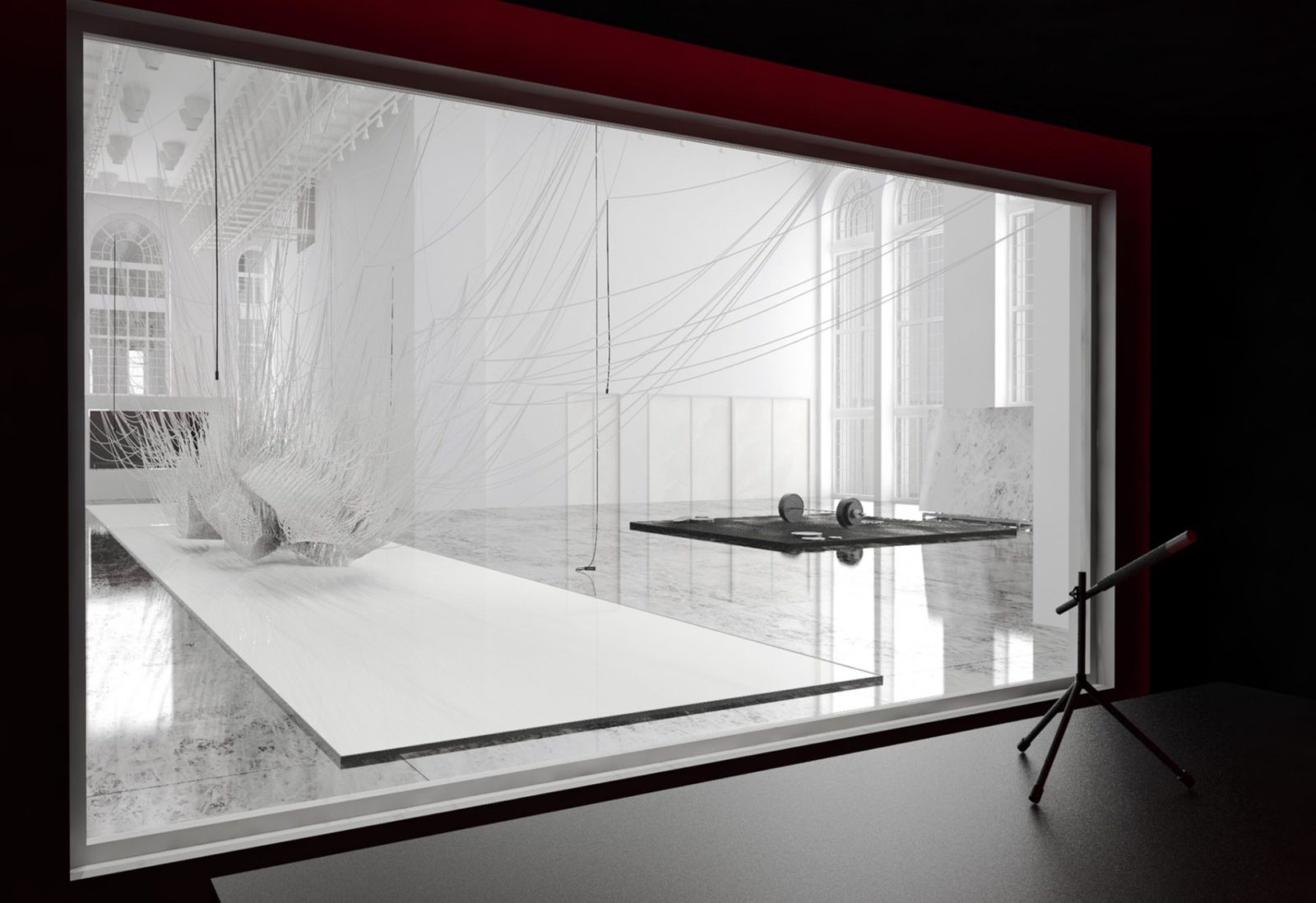 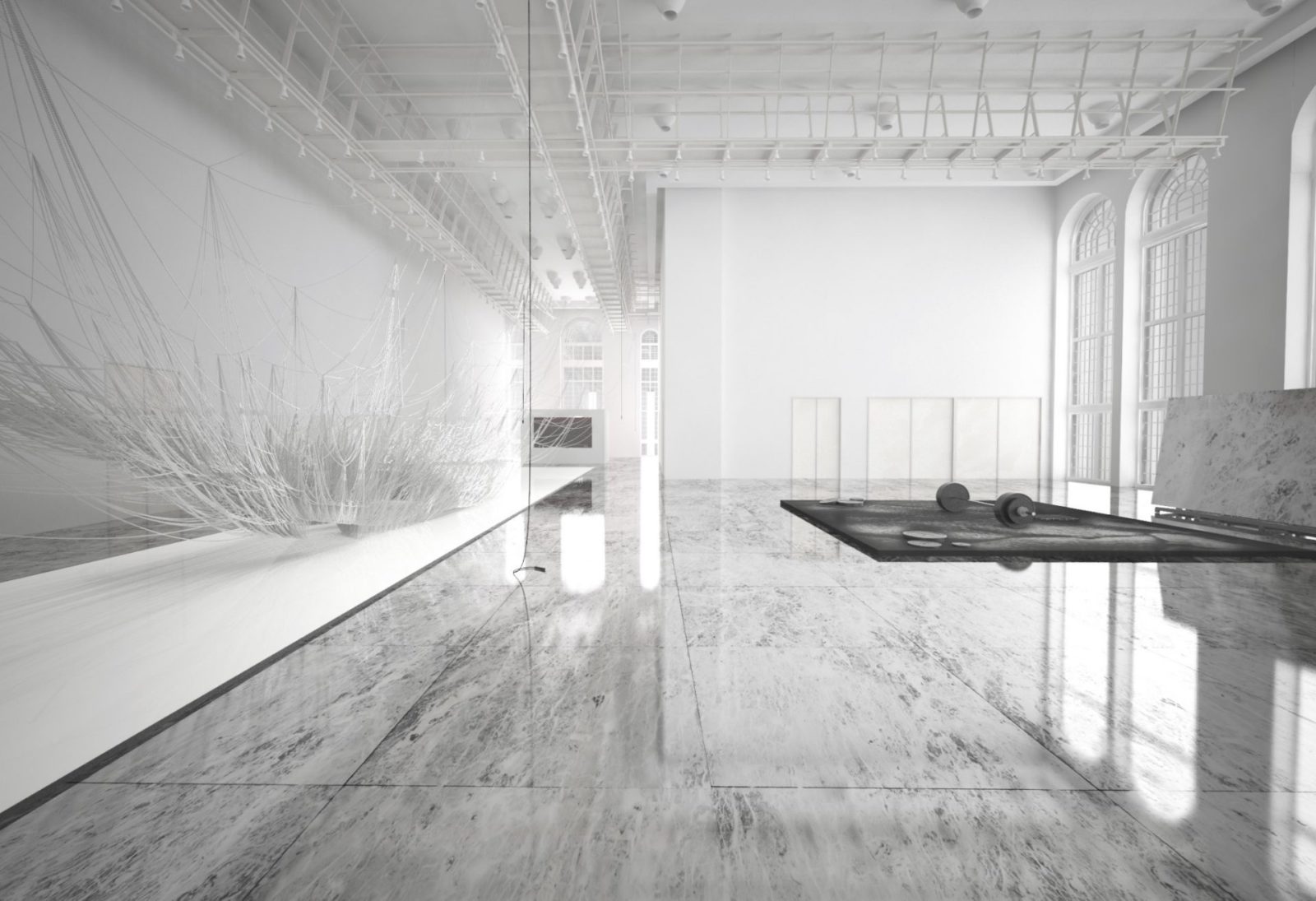 Consistency represents a model of an ancient human tendency to constantly overcome oneself. Overcoming of body, mind and soul. We build temples and we are looking for answers to complicatedly designed questions, which are employing our mind despite more burdensome real problems. We strengthen our bodies and confront them with others even though we do not need to be stronger for our everyday tasks. We share information about distant lands, which may never even touch our own lives. This and much more may seem to be completely irrational. Nevertheless, it is the very foundation of human existence.

Use of gravity
Catenary is a curve formed by homogenous, perfectly firm and flexible fibre sus-pended on both sides of the gravitational field. The possibility of its use is first de-fined by mathematicians and philosophers in the 17th century. Probably the best known use of this principle in architecture is in the construction of Antonio Gaudí’s cathedral Sagrada Familia. Slacking strings give rise to an inverse model of the sup-porting arches of the building. By the naturalness of gravity, it forms smooth shapes, which would otherwise be impossible to reach by human hand.

Overcoming of gravity
The value of marble is bound by age-old tradition of usage in architecture or in the art of sculpture. Its base, limestone, is at the same time one of the six major building ma- terials of the human body. The body, which mines this stone despite earth’s gravity and its natural compactness.
We perceive the mass around us on the basis of the pre-conventionalized system of notions. The genesis of such systems is anchored outside the time perceptible by humans. There is no space to question it.
The ongoing situation therefore seems to be transparent. An athlete lifts a dumb- bell and he rubs his hands with crushed limestone from a marble slab to prevent the sur-face of dumbbell’s handle from slipping out of his hands. Lifting is stop- ping in time, immediate defying of gravity and at the same time, its confirmation. Human body draws a specific movement’s curve. Blending of everything present on the level of identical structural elements is through the physical exertion sud- denly naturally transparent.

Absence of gravity
Radio waves, as the oldest method of wireless information spreading, pass through the space despite the gravitational field. They carry information and at the same time serve as a system of maintaining the faith in the authenticity of the message.
Things become real when we define and share them.
Commentator in a radio cabin transforms conventionalized perception of material reality and correlatively ongoing storylines. He manipulates the age-long tradition and creates its new image. An image which, however, does not deny the original one. On the contrary, he creates a brand new image, unmarked by previous experi-ence, an image of unexperienced eye and mind. New bonds are formed, a connect-ing line between material and its shape and the geometry of human’s movement.