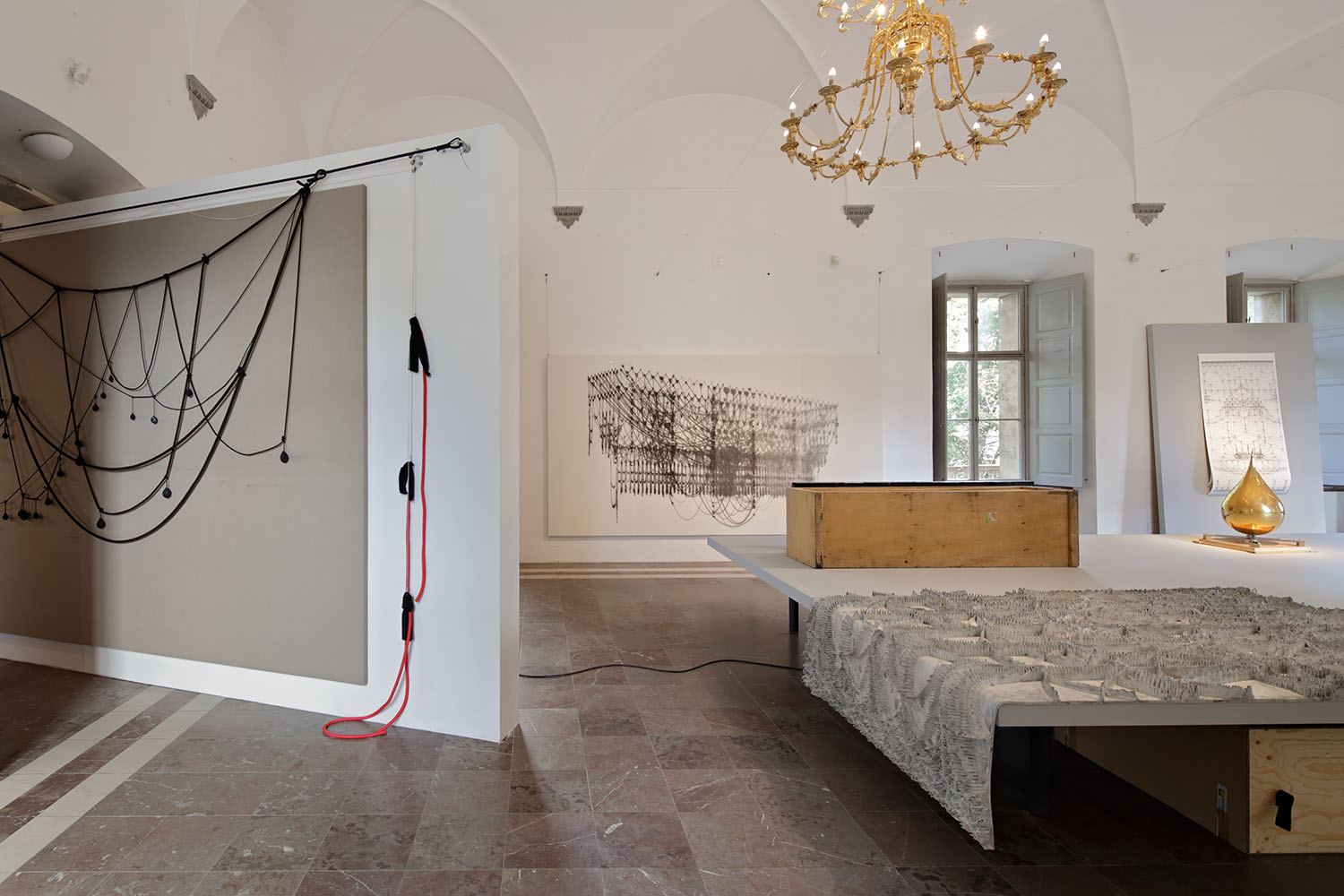 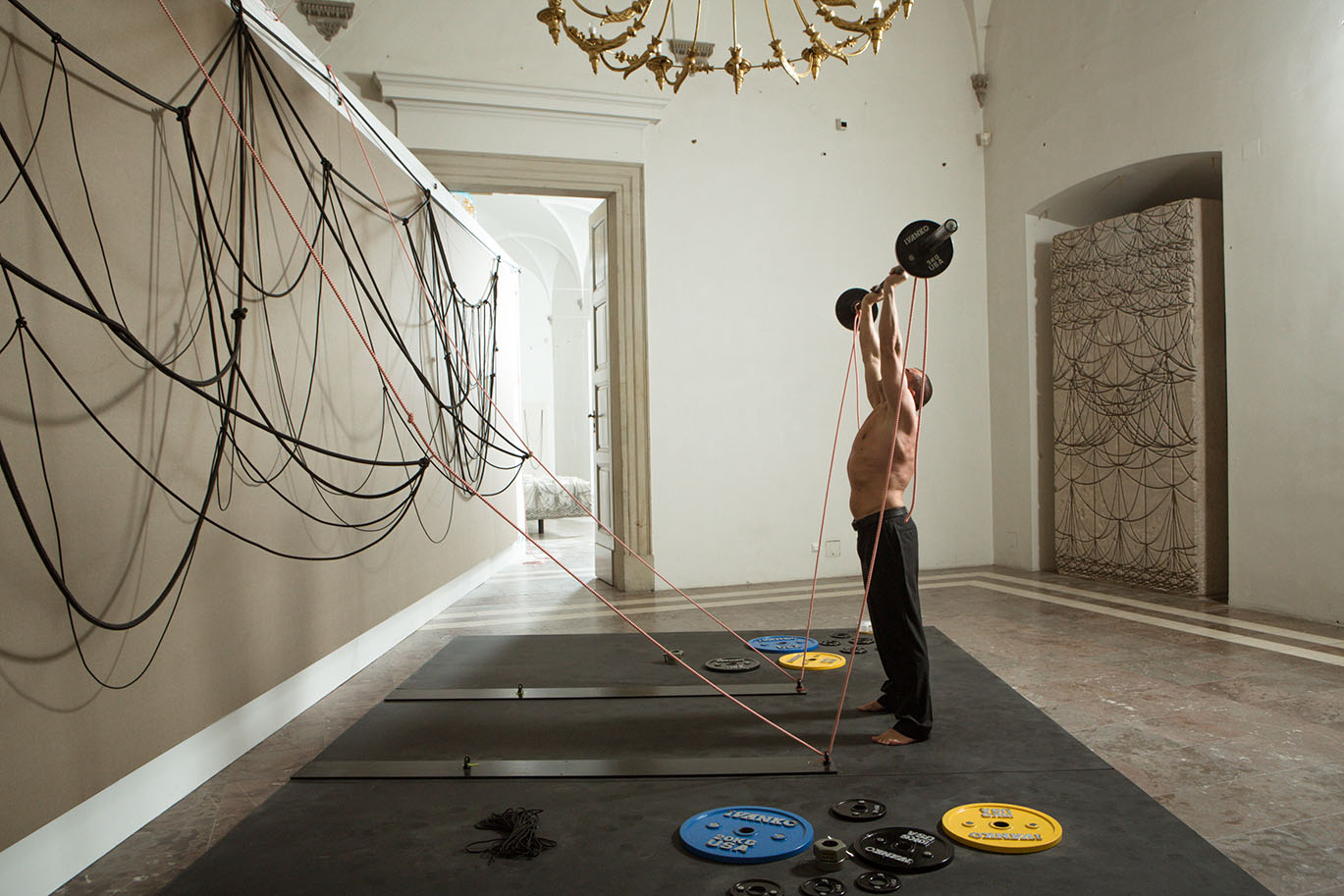 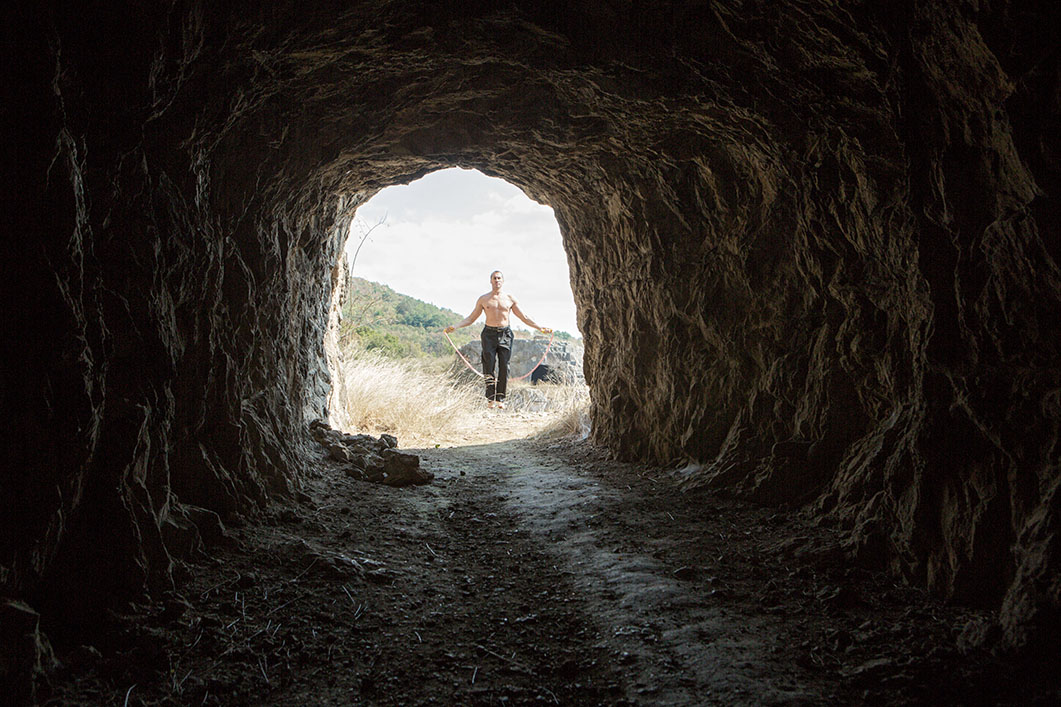 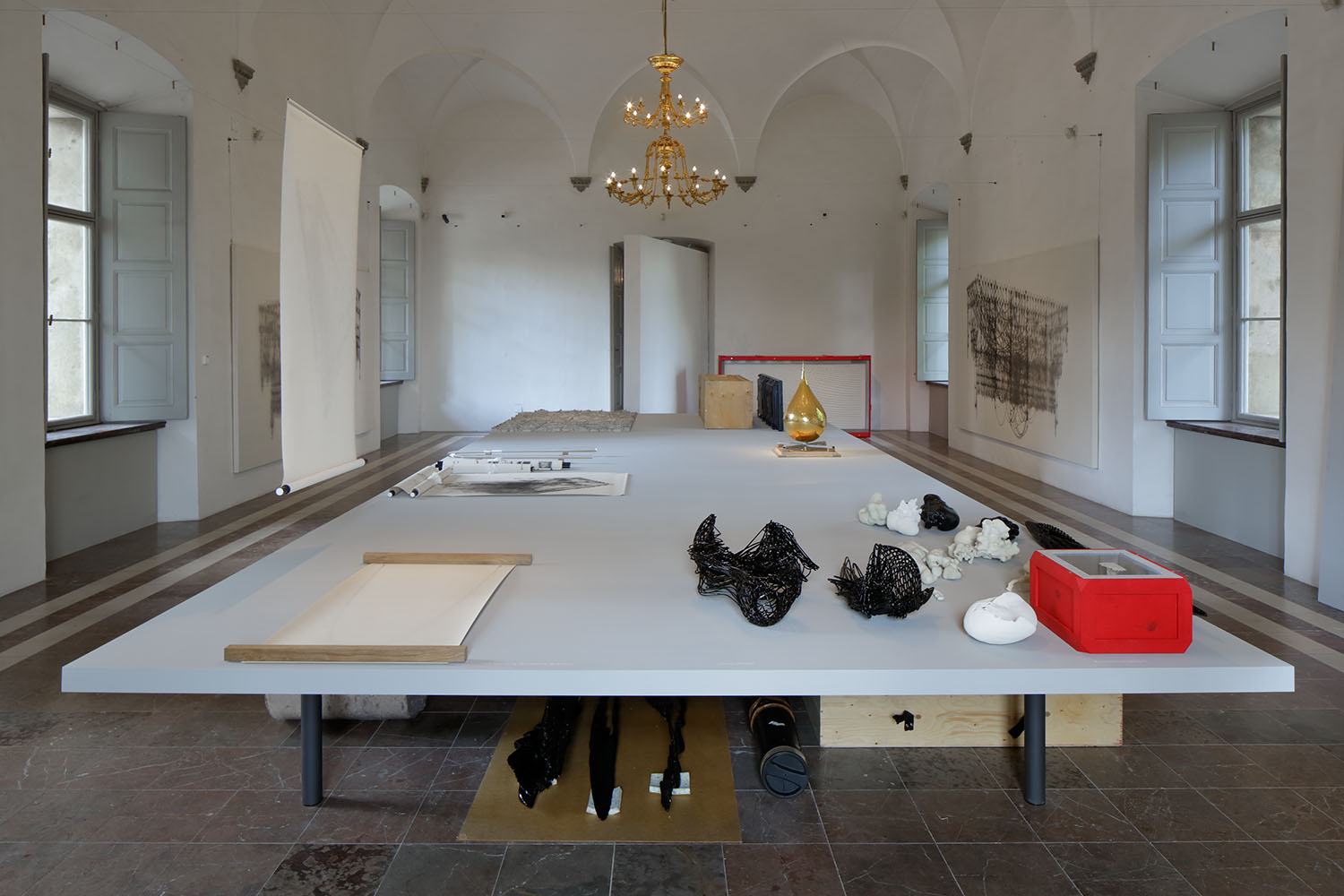 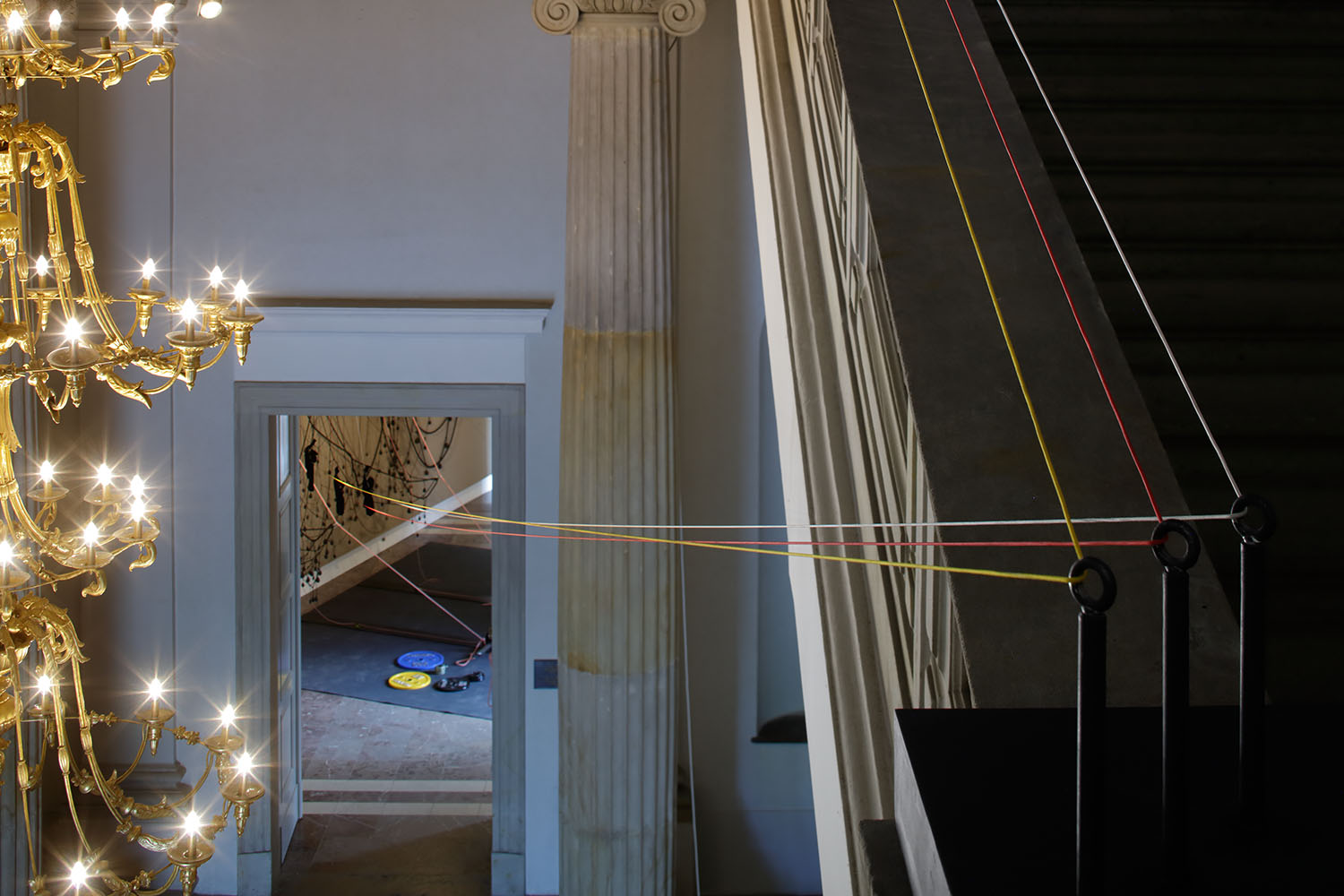 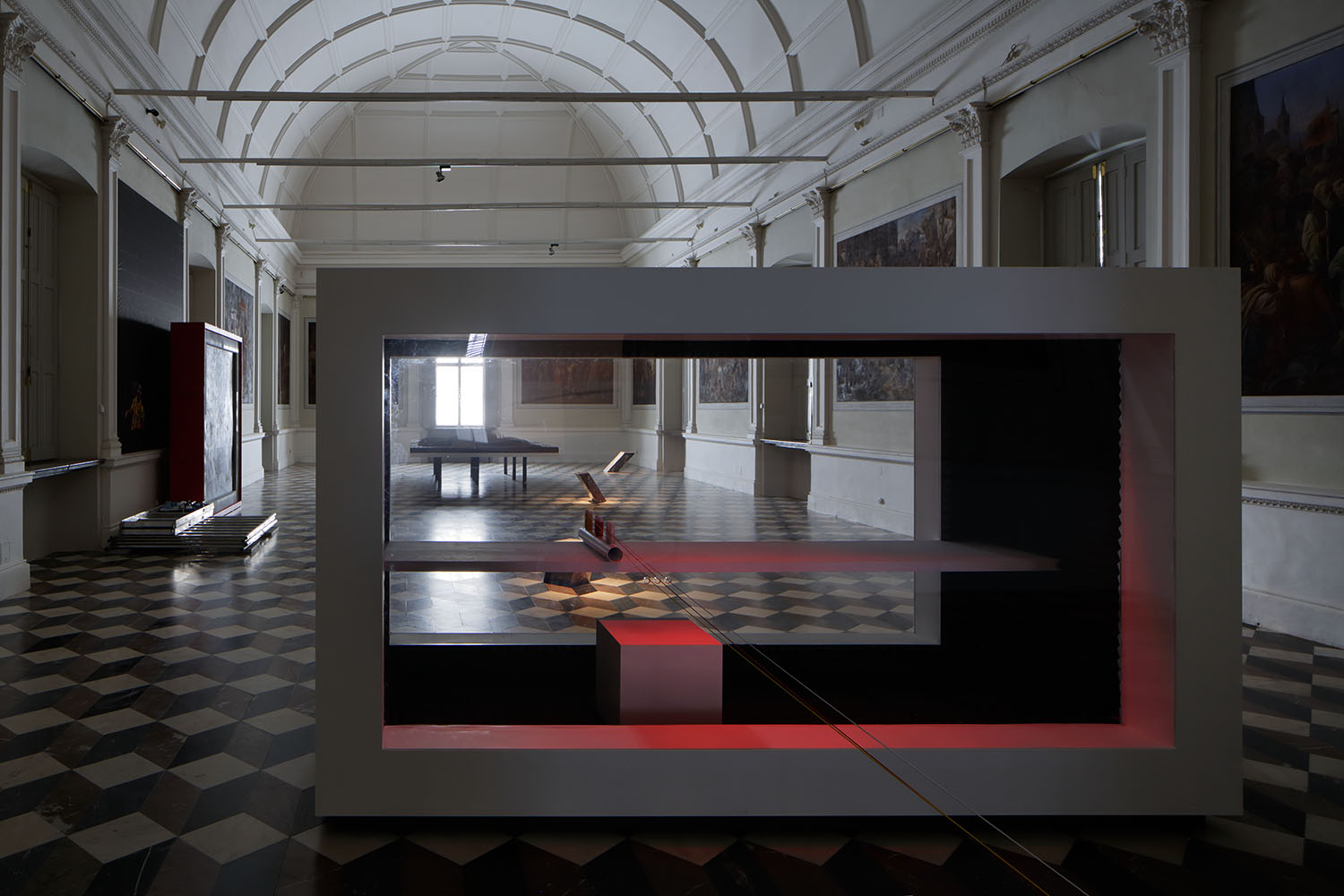 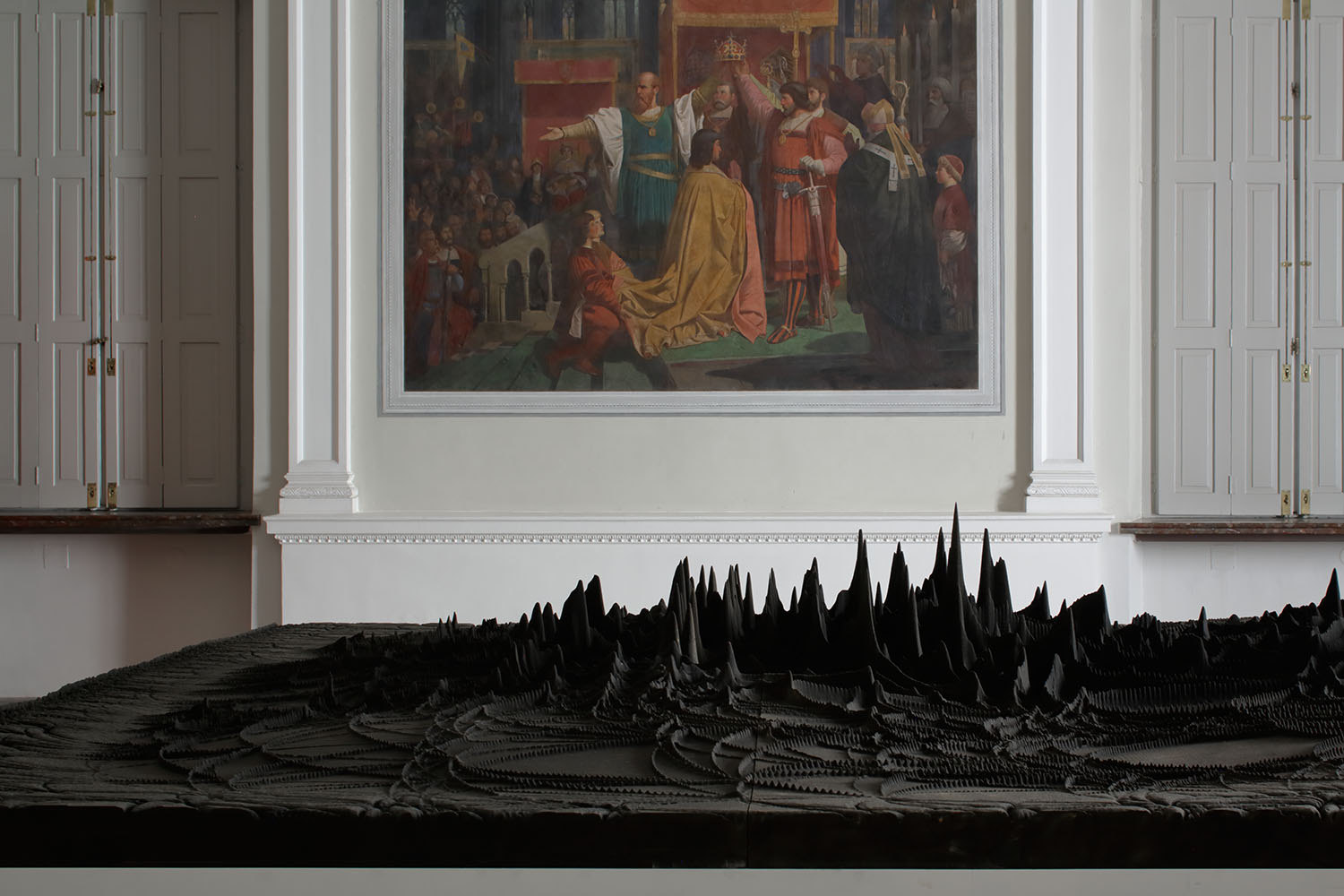 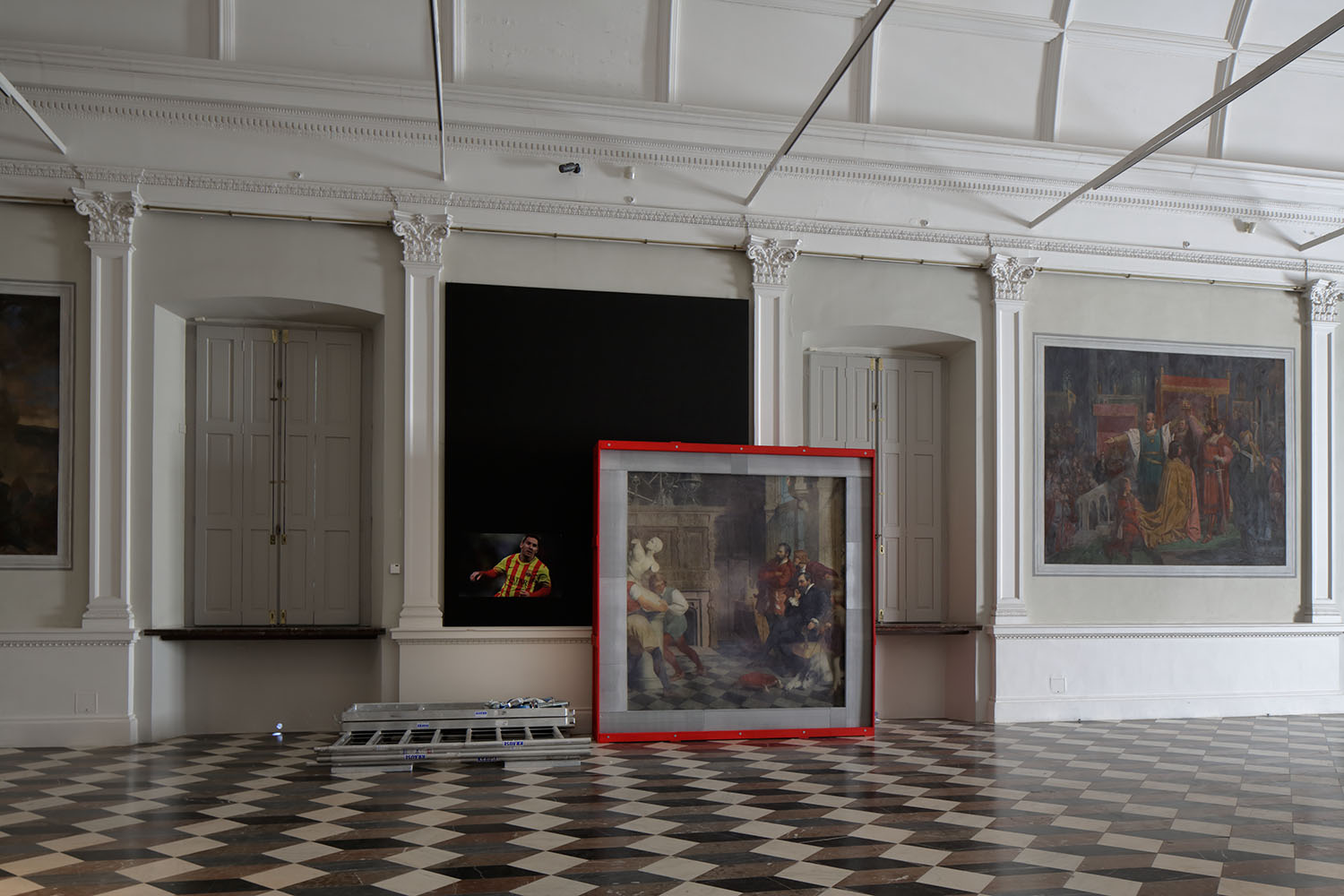 Belvedere of the Prague Castle

The history of Prague Castle’s Belvedere Palace dates back to the 16th century, the times of Ferdinand I of Habsburg, Holy Roman Emperor and King of Bohemia, Hungary and Croatia, who had the palace built for his coronation ceremony, representing his vision of a new Europe united by peace during his reign. The building was later used as an observatory and as astronomer Tycho de Brahe’s Mathematics House. During the 19th century Czech national revival, Belvedere was to celebrate the Pan-Slavic ideal and Czechness. After the fall of the Berlin Wall, it became an exhibition space with a strong connection to the international art scene.

Federico Díaz’s project Eccentric Gravity utilises the architectural features of this exceptional Renaissance building, the first of its kind north of the Alps, as the ground plan for a reflection on this rich history while he executes his own vision on the direction of contemporary society. The building’s regular, symmetrical structure collides with the seeming disorder of the unifying principle of the catenary curve, a system of homogeneous, perfectly firm, flexible fibres hanging in a gravitational field. Antonio Gaudí used the hanging chain to build inverse architectural models of arches. Today, when computer-generated planning can make any sort of complicated structure a reality, Díaz returns to the catenary curve as a tool that is independent of our technology, a tool based solely on the basic laws of nature, and uses it to give rise to a city of the future made of artificial stone and geopolymers. This is no actual, concrete city or place, but rather a model for contemplating our dependence on the laws of nature and our own purely material nature. Humans, animals, sculptures, architecture, rock formations – at their very cores they all contain the same minerals, the same materials (though in a different composition) subject to the gravitational field. Amidst the artificial sunlight that Díaz brings into Belvedere and the creative space of the “architect” of our reality, new forms of material communication are generated. The Mathematics House is once again a study, a gallery, and a space for distributing ideas: not the nationalist ideals espoused by 19th century Czech revivalists or the multinational ideals that Ferdinand I strived for, but ideas that are absolutely universal and respect the unifying elements of existence rather than current social contexts.