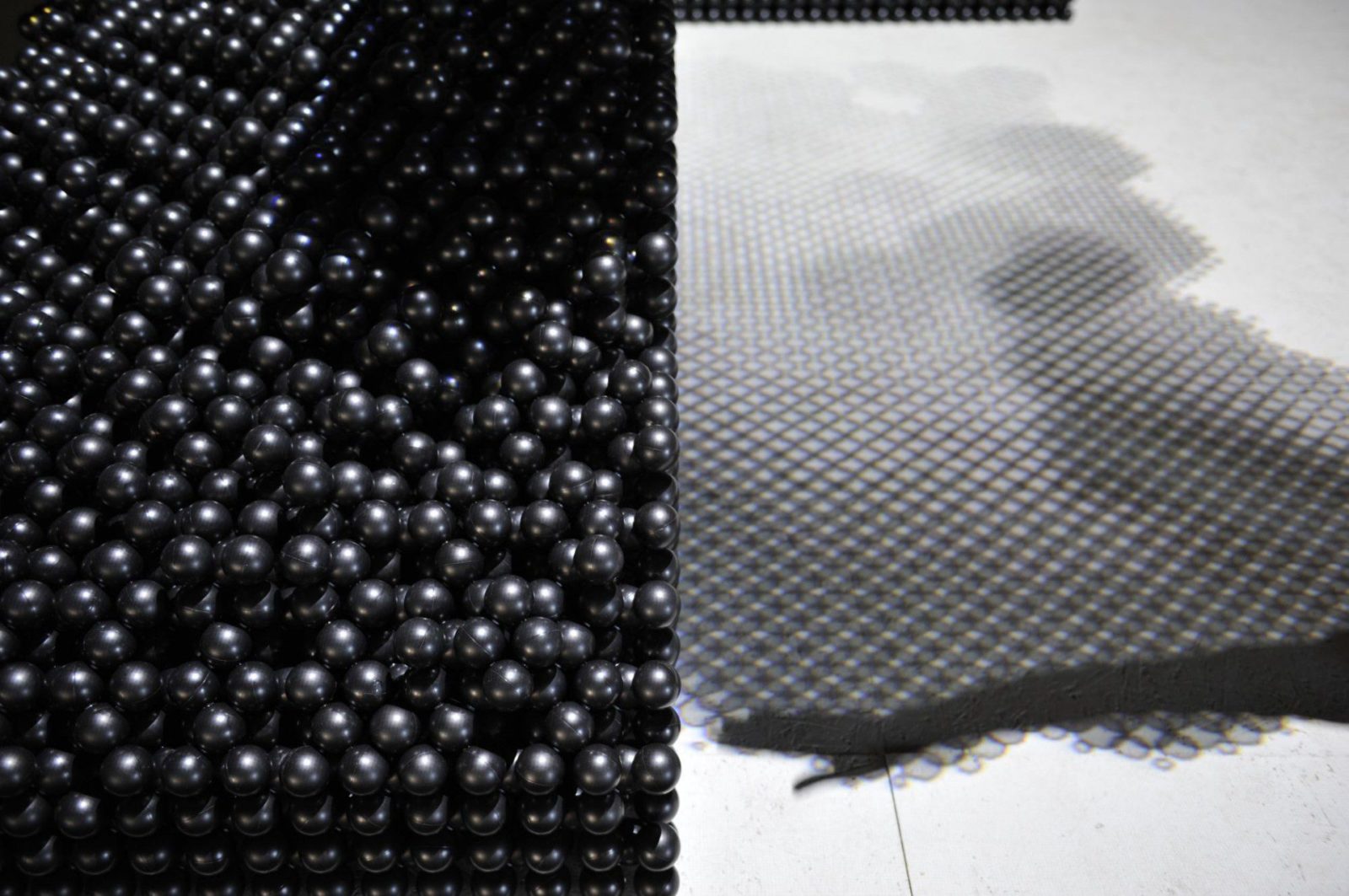 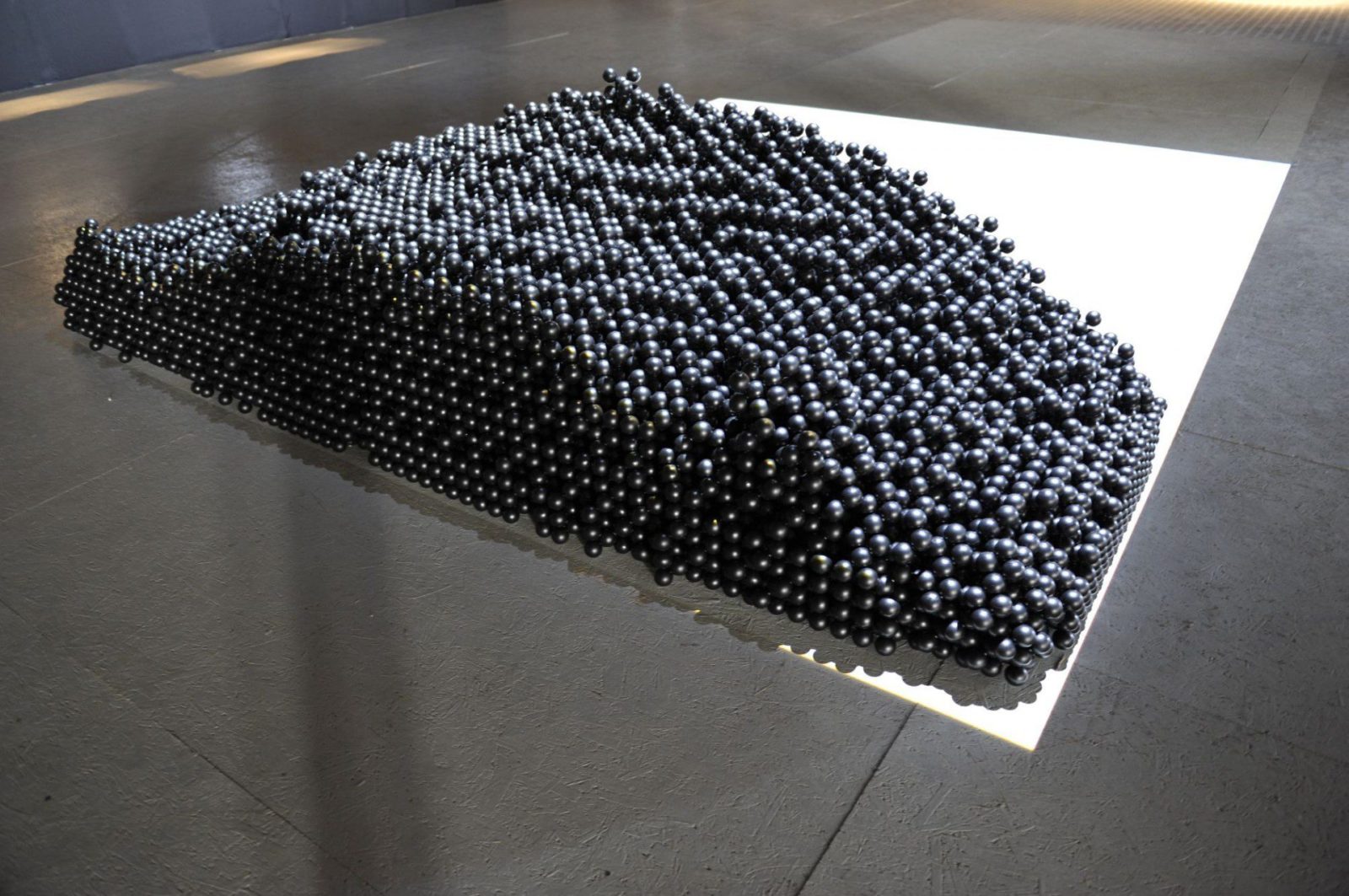 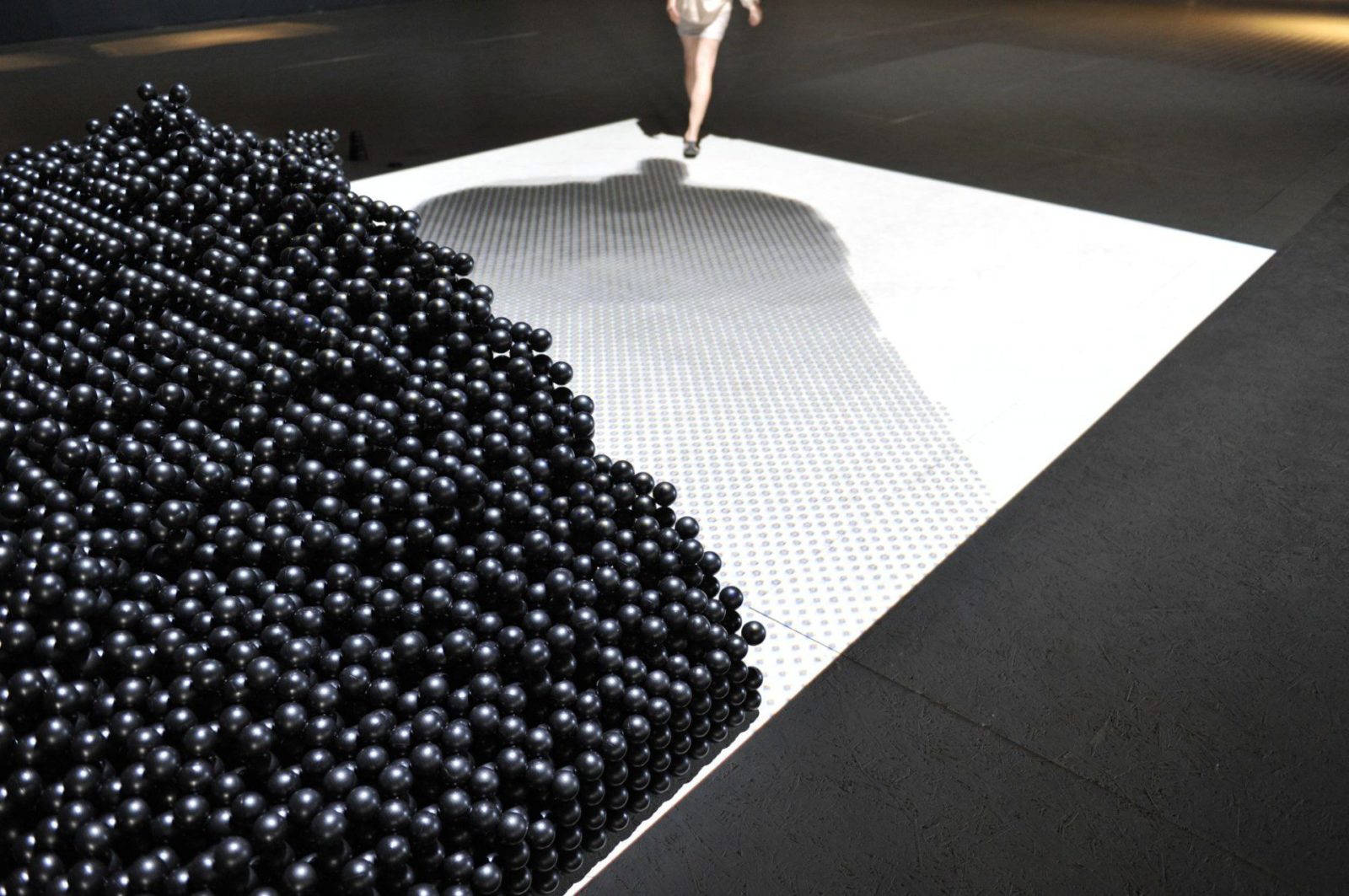 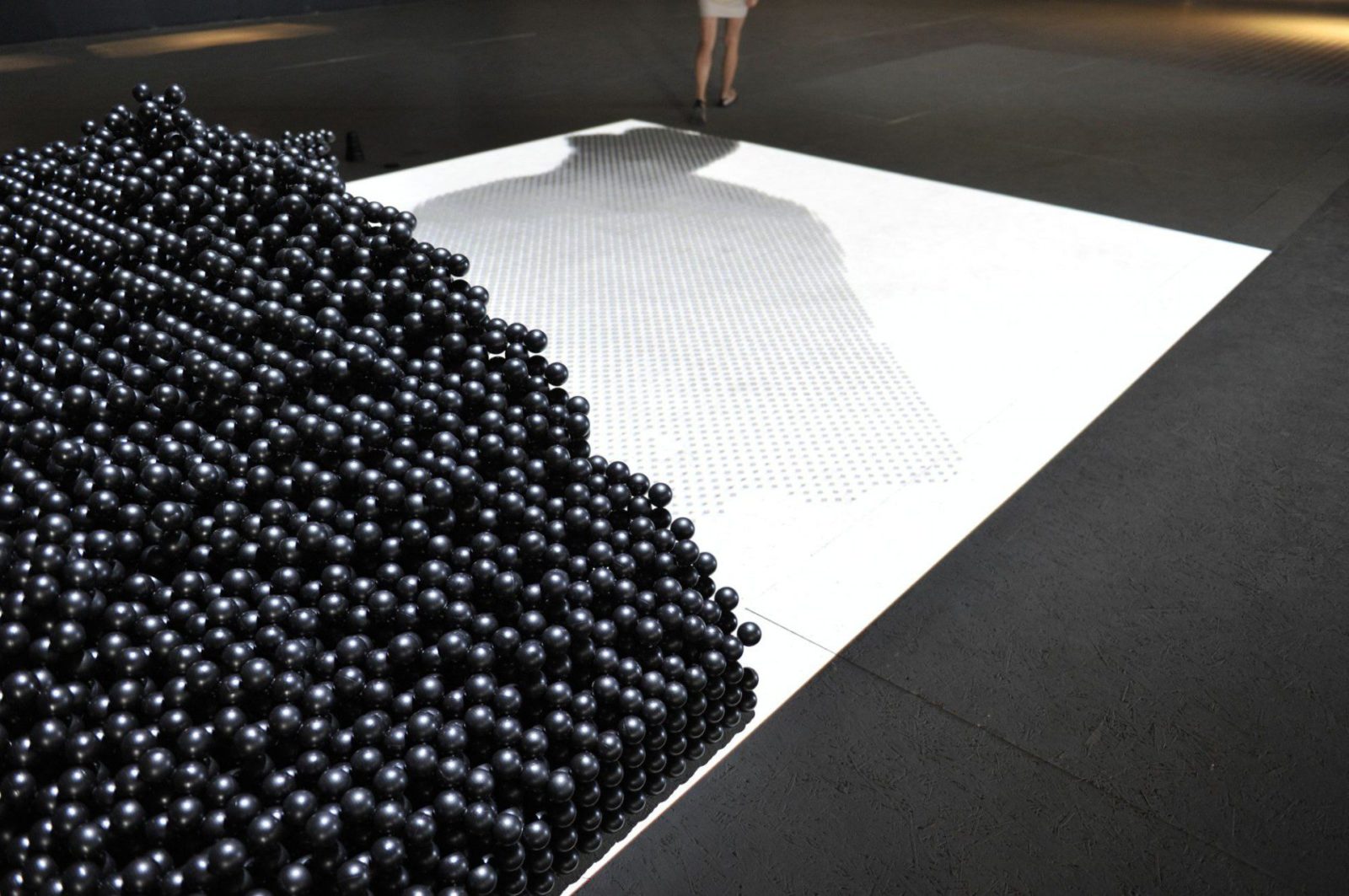 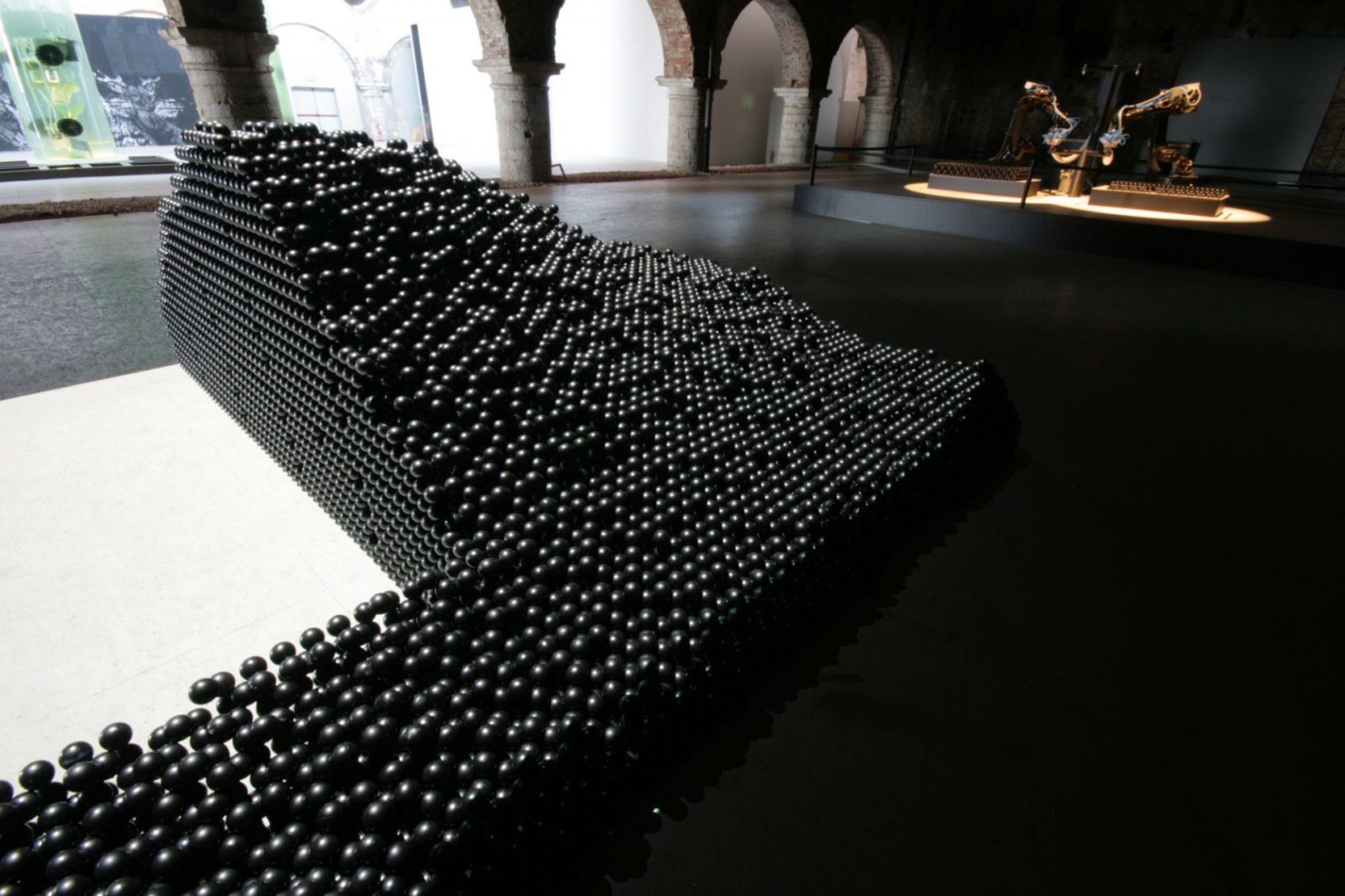 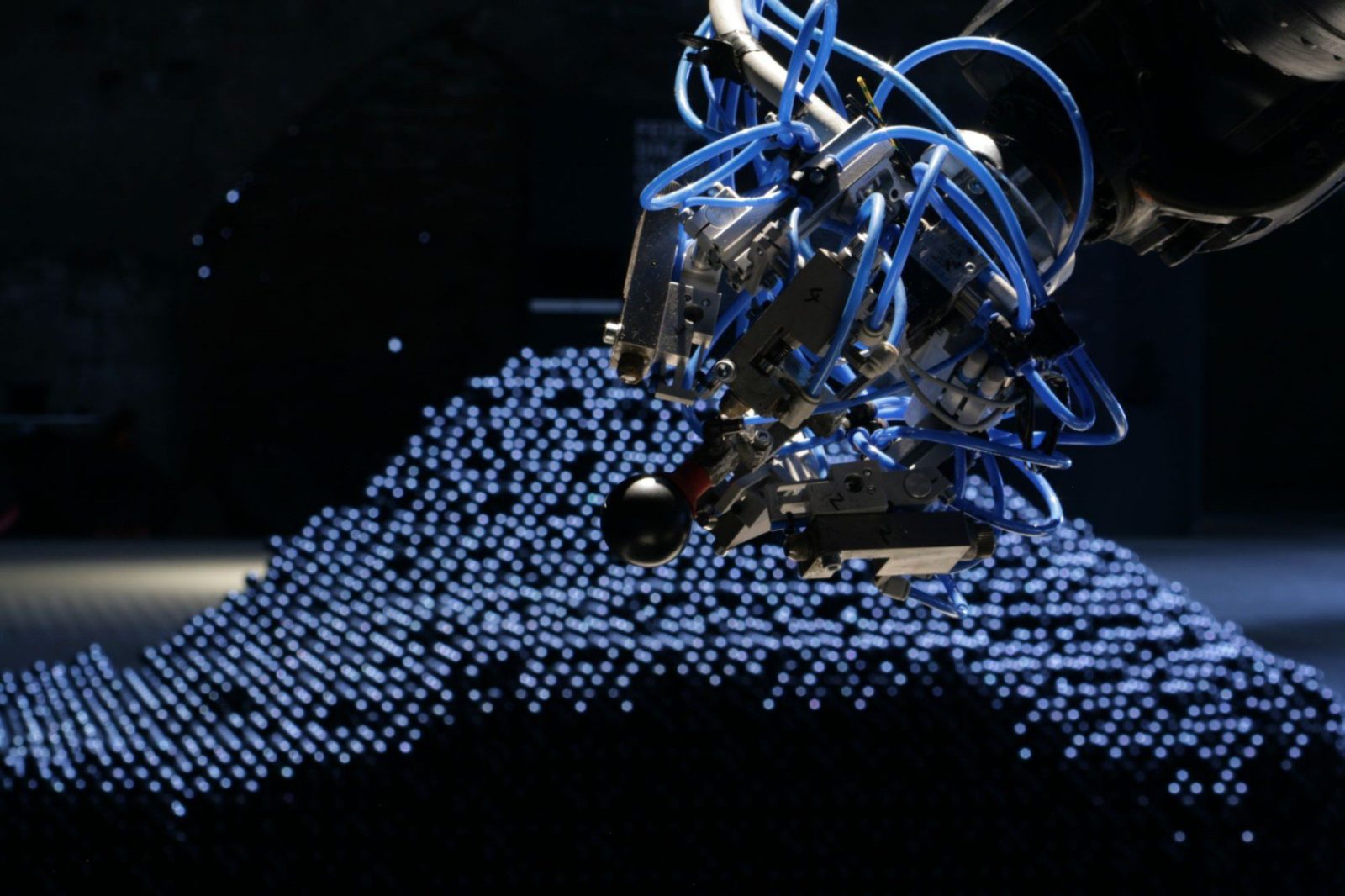 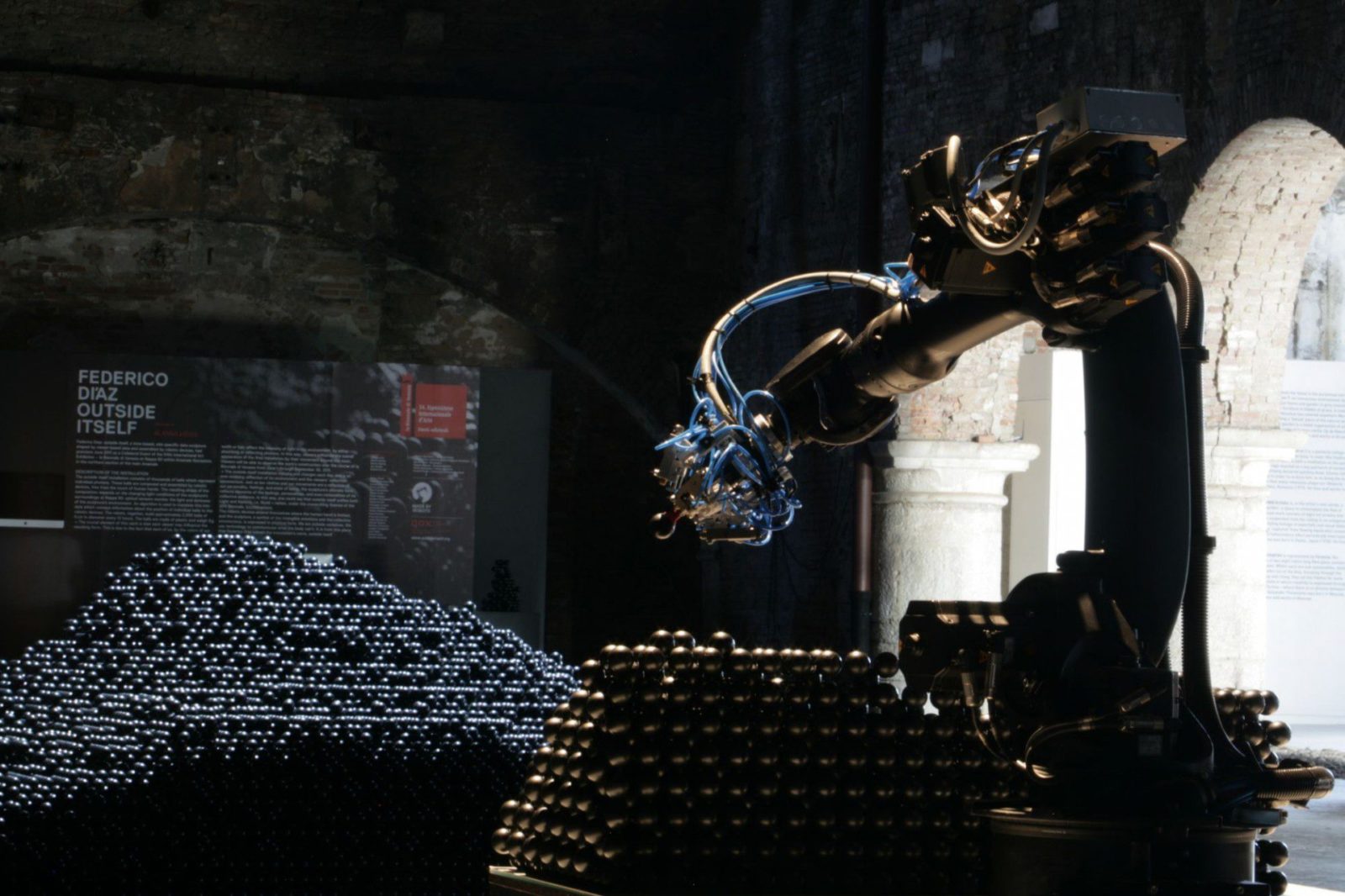 An installation created for 53-rd. La Biennale di Venezia 2011, particularly for the space of shipyard in Arsenal within the total idea concept Bice Curiger ILLUMInation. Alanna Heiss was the project curator. The installation is composed of thousands of black balls which form a massive cluster based on the transformation of surrounding world while many visitors come. Two particularly tuned robots create and assemble the balls. Each ball represents one photon. Optical sensors monitor the impact of light on the place and thus they create the flow of data and information. The intensity of surrounding world differs according to the time of day, number of visitors in the installation and trajectory of their movement or colour of their clothes. The resulting sculpture is literally ‟an ornament of mass”.