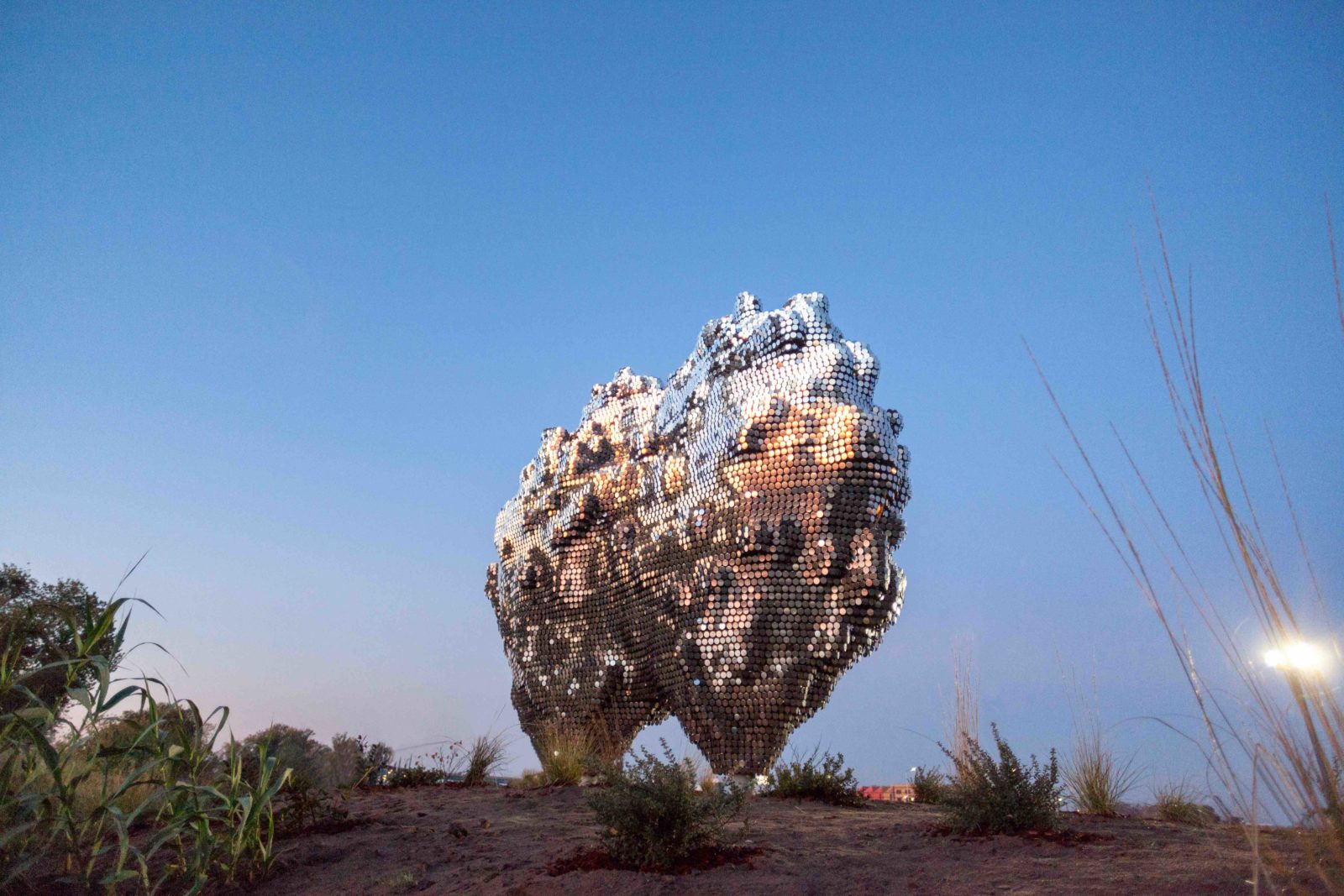 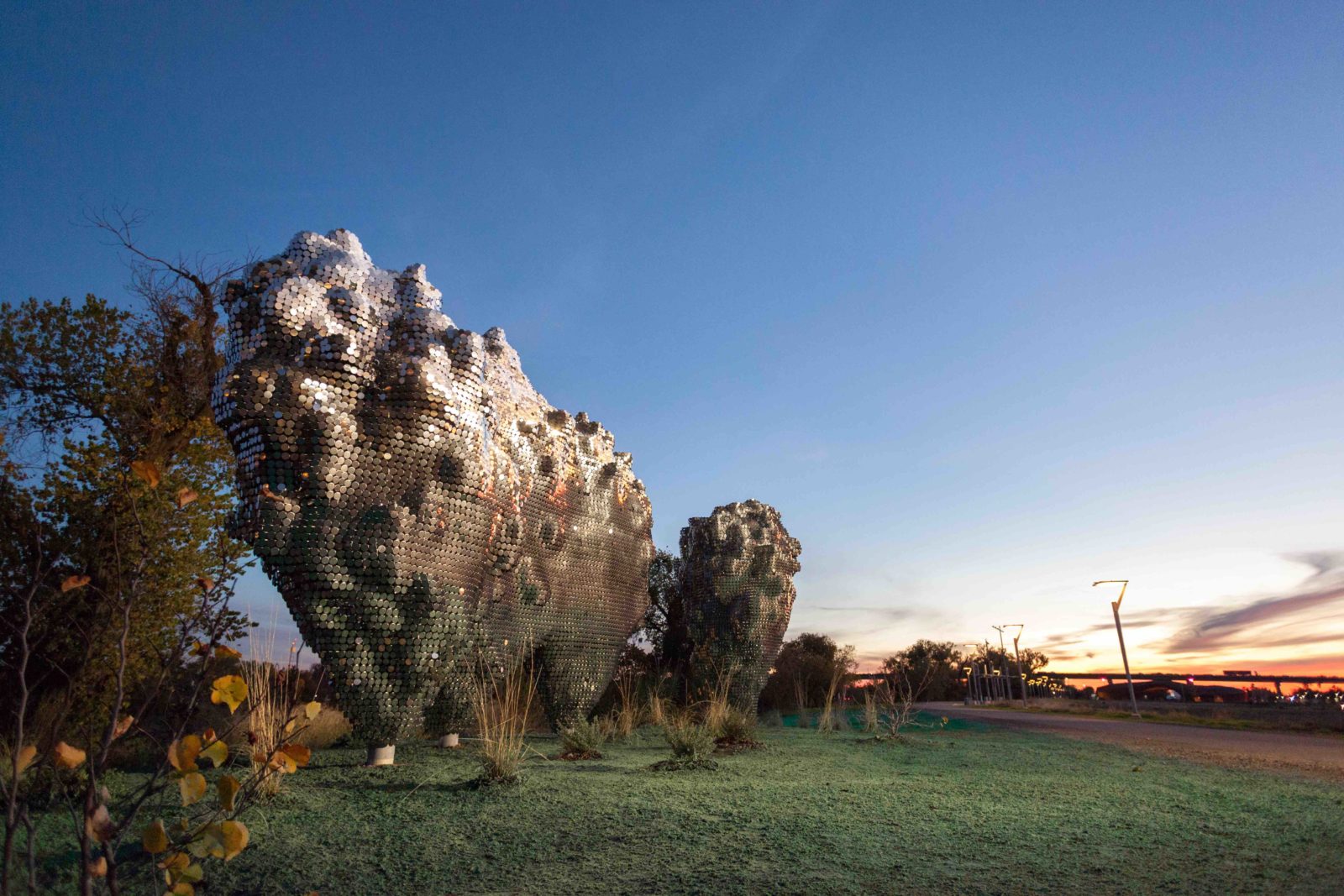 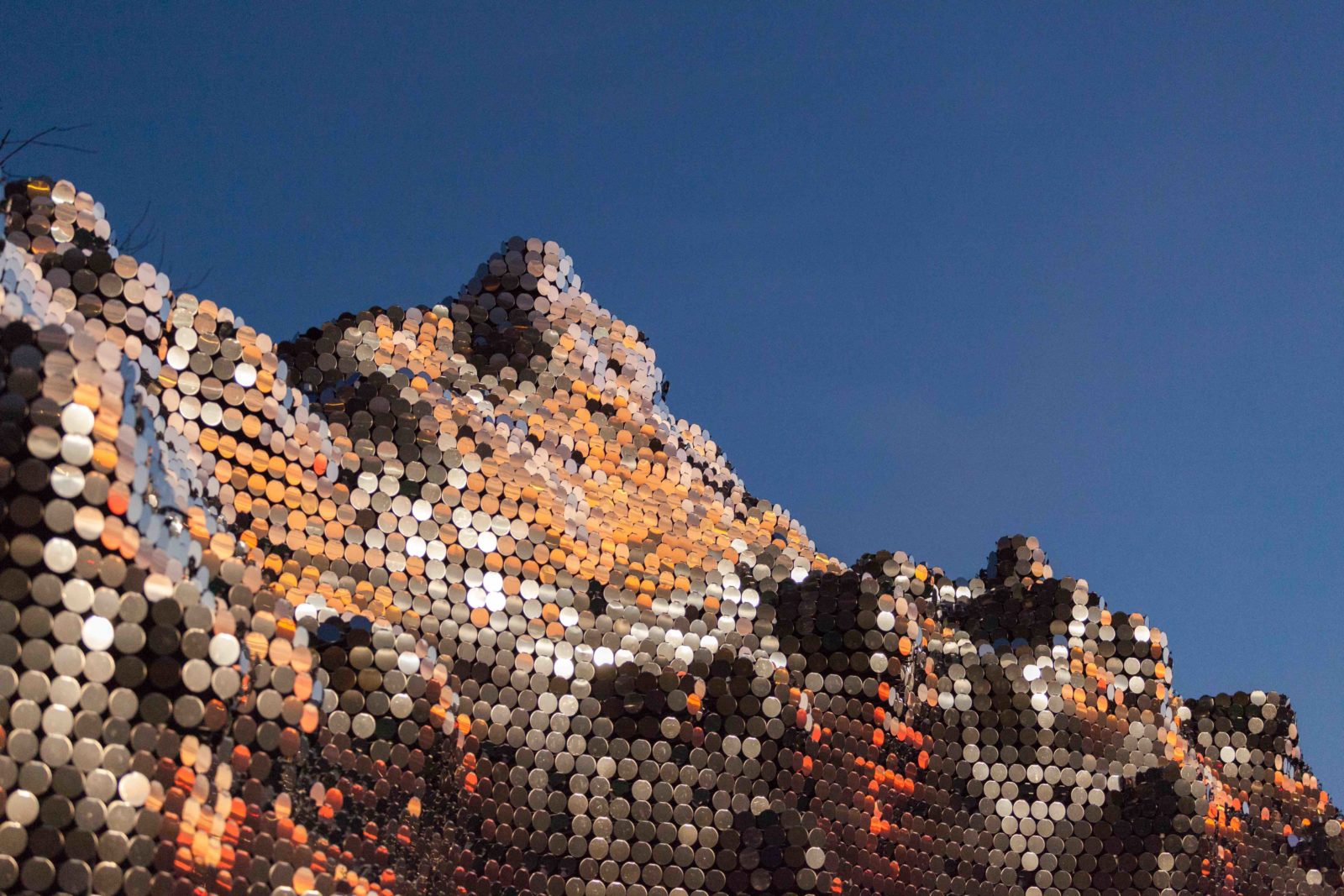 Following an international competition, the City of Sacramento commissioned Federico to develop a new site-specific monumental sculpture on the bank of the river of Sacramento. After long walks around the river, Federico decided to refresh his earlier project Subtile into a yet unexplored potential. The new Subtile was designed to mimic local endemic vegetation of bushes and trees surrounding the selected area and carefully placed close to the river to mirror the flow of its waters. A long path around the river is popular for jogging and walks during any time of the day. Those who set out on this path have a chance to see a shining Fata Morgana in the distance, and as they are closing in, something which seemed to be only an illusion takes a concrete yet constantly transforming shape. The sculpture is formed out of thousands of reflective shields softly moving in the air, making it elusive, yet solidly present. Federico likes to describe it as a rupture in the fabric of space and time allowing shifts in perception and elaboration of the state of our reality in the times of a continuous movement into the virtual realms.